Vietnam's rice is in direct competition with those from Thailand in the ASEAN market, which has become more demanding in terms of quality and price. 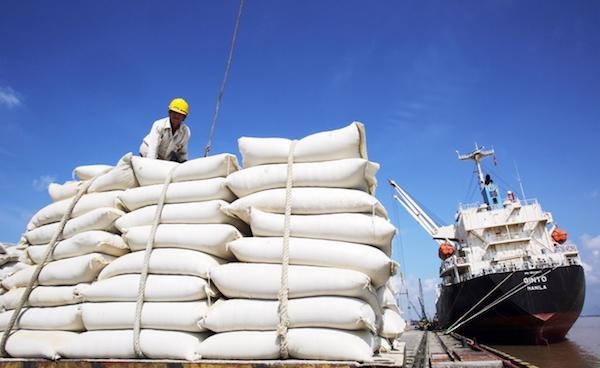 Vietnam's rice is in a tight race to dominate ASEAN market. Photo: The Hanoi Times

Trade Counselor of Vietnam to Indonesia Pham The Cuong gave the remarks during an export consulting session for Vietnam’s rice exports to ASEAN held on May 5.

According to Cuong, the ASEAN with a population of nearly 700 million and similarities in culture and lifestyle, is a key market for Vietnam’s farm produce, including rice.

In 2020, the amount of rice purchased from Vietnam and Thailand by ASEAN countries are the same, but this year, the Vietnamese portion is on the rise, thanks to the quality and competitive prices, Cuong added.

“Vietnam and Thailand are directly competing with each other in this segment,” Cuong said.

With a GDP per capita of US$4,350 and more, Indonesians are now preferring high-quality types of rice, he continued.

Cuong noted that Vietnamese rice is mainly distributed via traditional markets and supermarkets in Indonesia, but the presence of Thai rice is larger compared to that of Vietnam.

“Vietnam’s rice specialties such as ST24 and ST25 are capable of competing with those from other countries, but the marketing should be paid significant attention in the coming time, especially as major Indonesian importers have not heard of ST24 and 25,” he added.

Given the fiercer competition in the coming time, Cuong expected quality would be a key factor for Vietnamese rice to gain greater market share, rather than just the prices.

Sharing a similar view, Cao Xuan Thang, representative of Vietnam’s Trade Mission in Singapore, said the market is of high potential, but Vietnam’s rice exports to this market only make up 0.15% of total farm export turnover.

Thang said the market is in high demand for rice, but customers have a tendency to go for those of high quality, even with higher prices.

Nguyen Thu Thuy, deputy head of the Export Promotion Center under Vietnam's Ministry of Industry and Trade, said the majority of Vietnamese rice exported to the Philippines and Indonesia in the past years was white rice 20-25% broken.

“Vietnam’s rice is facing competition from those of Myanmar, Pakistan, or India,” she said.

Aware of the issue, Thuy said the country’s rice sector had moved to higher quality rice 0-5% broken since 2020, which resulted in a 75% increase in rice exports.

Thuy added Vietnam targets to export four million tons of rice by 2030, urging local traders to study better the preference in each market for greater efficiency in exports.

“Vietnam’s rice exporters should be aware of trade policies from countries in the region to take advantage of existing free trade agreements,” Thuy said.

The amount made up 39.4% of Vietnam’s total rice export volume and 38% of the turnover.

During the first quarter, the country remained Vietnam’s largest rice buyer with 672,136 tons for $311.08 million, making up 44.7% of the total rice exports.

In addition to the Philippines, Vietnam’s rice has now been available in key ASEAN markets such as Malaysia, Singapore, Indonesia, and Brunei.