Vietnam’s digital economy posted a revenue of US$53 billion in the first quarter of 2022 with an average growth rate of 15%.

Vice Minister of Information and Communications Nguyen Huy Dung informed at a meeting of the National Committee on Digital Transformation on April 27.

According to Dung, 100% of localities and provinces/cities have set up their respective steering committee on digitalization, specializing in accelerating digital transformation at grass-root levels. 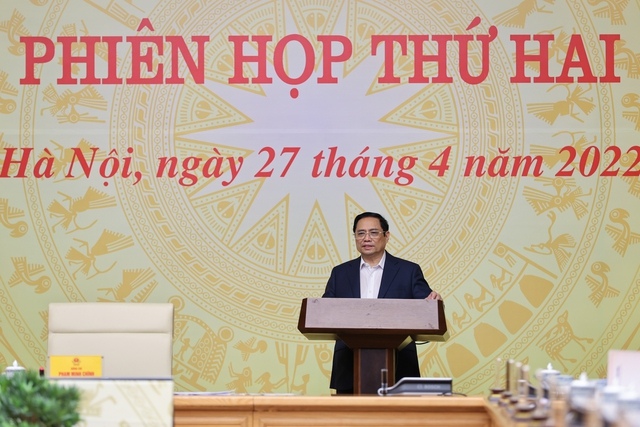 At the meeting, Prime Minister Pham Minh Chinh stressed the significance of digitalization in socio-economic development, for which the Government has chosen October 10 as National Digital Transformation Day to raise public awareness in this regard.

“Digitalization is a key driver for innovation, and the foundation of a modern economy,” Chinh said.

Chinh stressed the necessity to continue finalizing the legal framework in the coming time to support the ongoing national digital transformation process and administrative reform; develop an e-Government, eventually form a digital Government, economy, society, and smart city; create favorable conditions for the implementation of the Industry 4.0 in Vietnam.

“The realization of these goals would directly contribute to Vietnam’s rapid and sustainable socio-economic development, which are in line with the country’s goals set for 2025, 2030, and 2045,” he added.

A representative of the Ministry of Public Security noted the agency has been pushing for the establishment of a citizen database and gradually forming an ecosystem of digital citizens, comprising information of 78 million people.

Parallel to this effort, the ministry is working on a national database on land management, that would be later incorporated into the database on citizens, as well as a database on business registration with real-time data.

Vice Minister Dung from the MIC noted another key component of digitalization is the implementation of online public services at advanced stages 3 and 4.

To date, the national portal of online public services has integrated 3,552 public services of stages 3 and 4 from ministries, provinces/cities for the convenience of businesses and people.

The national e-invoice system officially kicked off on April 21 in 63 provinces/cities, which has been a major step toward the digitalization of the finance system, with 77.7 million e-invoices being processed so far.

Dung also mentioned the priority given to training the workforce for digitalization, for which 1,000 public staff joined training courses in the first quarter, and 10,000 by  October this year.