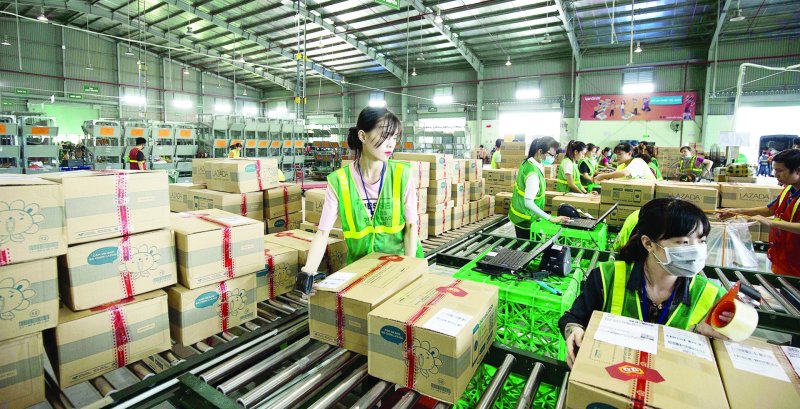 Nguyen Thi Huong, director-general of the General Statistics Office of Vietnam, said the 5.03 percent figure is higher than the 4.72 percent growth rate of the first quarter last year and the 3.66 percent of the first quarter in 2020, but still lower than the rate recorded in 2019 of 6.85 percent. Huong said the increase indicates that the national economy has been recovering from the COVID-19 pandemic.

Le Trung Hieu, director of the System of National Accounts Department under the General Statistics Office of Vietnam, said many sectors contributed to the country’s economic growth in the first quarter of the year. The manufacturing and processing sector continued to lead the industrial sector, recording an impressive increase of 7.79 percent. Many products also recorded positive growth rates, such as phones and components with 19 percent, monosodium glutamate (MSG) with 15.7 percent, cars of all kinds with 13.4 percent, clothing with 12.4 percent and fresh milk with 9.2 percent. Agriculture continued to be the mainstay of the economy, while the service industry was seeing strong recovery, Hieu emphasized.

Hieu added that industry, especially the manufacturing and processing sector, agriculture, and wholesale, retail and entertainment activities would continue to be the driving forces of the Vietnamese economy.

However, the 6.5-percent GDP growth target remains a major challenge due to Ukraine-Russia war and other troubling developments. Vietnam, with its substantial economic openness, is vulnerable to the global economic risks.

Despite the challenges, the General Statistics Office of Vietnam suggested keeping in place the 2022 growth target given the potential for future growth. It pointed specifically to the stable growth of the agro-forestry-fishery sector, with many products commanding high prices due to strong demand. Industrial production has recovered well, while exports have increased strongly. In addition, the government’s socioeconomic development and recovery program underpinned by significant support policies, such as value-added tax (VAT) and interest rate reductions, has also contributed to production recovery and investment attraction.

According to Government Resolution 01/NQ-CP on major tasks and solutions for the implementation of the country’s socioeconomic development plan and state budget, Vietnam’s economy will grow 6-6.5 percent in 2022.