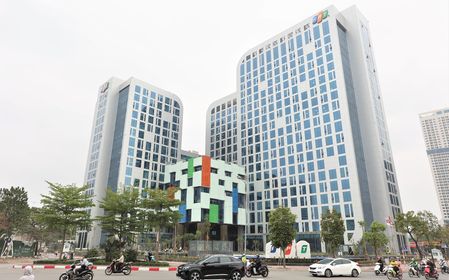 The market's breadth was positive as 346 stocks increased and only 108 stocks slid. However, liquidity reduced compared to Monday's trade, of which over 737.9 million shares were traded on HoSE, worth nearly VND23.5 trillion (US$1.02 billion).

The index's recovery was boosted by strong gains in many large-cap stocks in the afternoon session. The VN30-Index, tracking 30 biggest stocks on the southern market, edged up 16.41 points, or 1.11 per cent, to 1,500.57 points.

Vinhomes (VHM) was the biggest gainer yesterday, up 2.14 per cent.

The bullish sentiment was also contributed to by FPT Corporation (FPT), Vinamilk (VNM), BIDV (BID), and Development Investment Construction JSC (DIG). These stocks rose at least 1.9 per cent, with FPT and DIG posting the maximum daily gain of 7 per cent.

On the Ha Noi Stock Exchange (HNX), the HNX-Index also rebounded strongly on pillar stocks, after losing nearly 1.5 per cent in the previous session. Accordingly the index ended yesterday at 461.24 points, up 6.35 points, or 1.4 per cent.

During the session, nearly VND4 trillion worth of shares, equivalent to a trading volume of more than 149.17 million shares, was traded on HNX.

The market's move was in line with Saigon - Hanoi Securities JSC (SHS)'s bullish scenario. "In a positive scenario, the market benchmark VN-Index could immediately recover and head to the psychological resistance level of 1,500 points," SHS said in a daily report to investors released on Monday.

Meanwhile, foreign investors returned to the market after net buying on two main exchanges. Of which they net bought a value of VND22.21 billion on HoSE, and a value of VND329.72 million on HNX.