Vietnam's economy in the first three months of 2022 has seen many positive changes compared to the previous year, Nguyen Thi Huong, General Director of GSO, said at a press conference to announce socio-economic statistics in the first quarter, adding that the service industry is on strong recovery and the industrial sector is developing quite well, especially manufacturing. 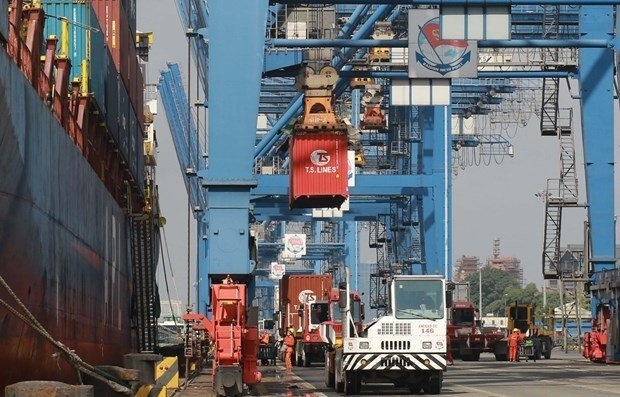 The GSO pointed out that in agriculture-forestry-fishery sector, rice yield in the Mekong River Delta increased by 0.7 tonne per hectare compared to the previous year's same period. The livestock industry is gradually recovering and wood processing and export see many positive signals.

Aquaculture has developed stably, and pangasius and shrimp were sold at high prices due to strong demand.

The service sector in the first quarter prospered when many services were resumed. Contributions of some market service industries with a large proportion to the total added value are financial, banking and insurance activities; transport and warehousing; wholesale and retail sectors, lodging and catering services with 9.75 percent, 7,06 percent, 2.98 percent and 1,79 percent, respectively.

According to the GSO, in terms of economic structure, in Q1, the agriculture-forestry-fishery sector accounted for nearly 11 percent of the country’s economy; the industry-construction and service sectors made up almost 38 percent and 41.7 percent, respectively.