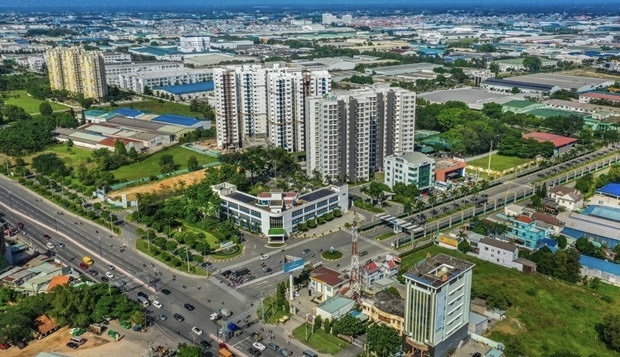 NDO/VNA – The southern province of Binh Duong attracted about 1.6 billion USD worth of foreign direct investment (FDI) in the first quarter of 2022, 3.6 times higher than that in the same period last year, informed Chairman of the provincial People’s Committee Vo Van Minhon March 21.

During the period, a total of 22 investment licences were granted to enterprises to operate at local industrial parks.

Notably among the investors, the toy manufacturer LEGO Group decided to pour more than 1 billion USD on the building of its 44ha factory at the Vietnam - Singapore Industrial Park III in Binh Duong, making it the largest Danish-invested project in Vietnam to date. The plant is hoped to generate 4,000 jobs in the next 15 years.

According to Minh, the provincial authorities are committed to creating best conditions possible for the operation of domestic and foreign firms.