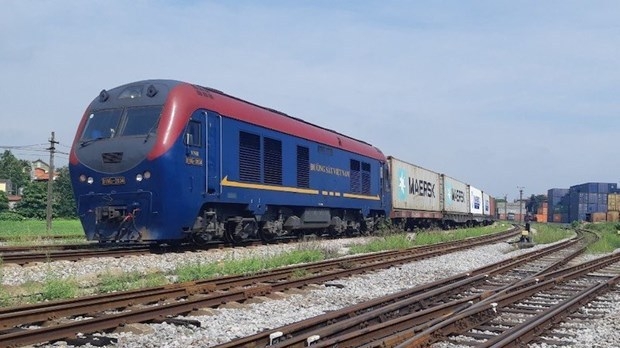 NDO/VNA - Construction of a railway linking Vientiane with the Vung Ang seaport in Vietnam’s central Ha Tinh province is expected to begin in November, the Vientiane Times reported, quoting an investor involved in the project.

According to the newspaper, the railway, estimated to cost 5 billion USD, is a proposed line that the Lao and Vietnamese governments have agreed to jointly develop. It would enable landlocked Laos to access the deep seaport - the closest feasible seaport to Vientiane.

Chairman of the Board of Directors of Petroleum Trading Lao Public Company (PetroTrade), Chanthone Sitthixay, told the Lao National Assembly Chairman Xaysomphone Phomvihane, recently that a feasibility study on the 554km railway has been completed.

The Vientiane Times said the NA leader was briefed on the project during a working tour to the Thanaleng Dry Port and Vientiane Logistics Park in Vientiane, which is also part of the Lao Logistics Link.

The railway is part of the Lao Logistics Link project that PetroTrade - a subsidiary company of PTL Holding Company Limited - was given the green light to partner with the Lao and Vietnamese governments to develop.

The Lao developer is about to submit the results of a feasibility study on the section of railway that passes through Laos to the Ministry of Public Works and Transport for approval.

Meanwhile, a Vietnamese state enterprise has been hired to carry out a feasibility study on the section of the railway in Vietnam. The study is expected to be complete in June and will then be submitted to Vietnam’s National Assembly for approval in the middle of this year.

The railway will directly connect the cargo markets of Thailand and Myanmar with the Vung Ang Port, which is well positioned to serve as a gateway between central Vietnam, central Laos, and northeastern Thailand.

The railway is also set to link with the Laos-China Railway and onwards to the interconnected rail network that could reach European markets.