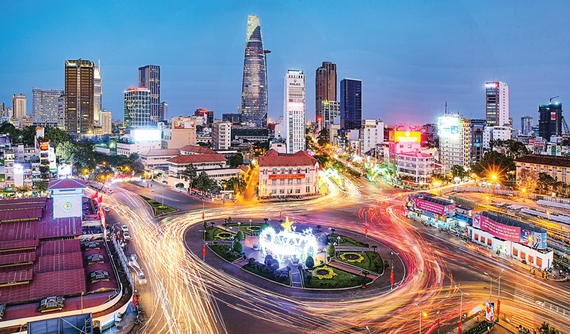 The process of economic globalization and the gradual removal of economic barriers between countries has promoted the formation or expansion of many financial and monetary unions with increasing larger transaction sizes. Therefore, many countries have prioritized the formation of highly competitive financial systems, which are also an opportunity to attract foreign investment capital as well as advanced technology. This is a decisive factor to ensure macro-economic stability as well as economic security. Hence, building International Finance Corporations (IFC) has become the main feature in the financial market development strategy in many countries.

For Vietnam to achieve specific goals by 2025 and to become a developing country with modern industries with a per capita income of about USD 5,000, with a high average income by 2030 and 2045, the formation of IFC Vietnam in Ho Chi Minh City is absolutely necessary. Ho Chi Minh City has an extremely important position within the country, as it is making great contributions towards the economy, and also has the unique ability to accept new things and self-innovate, through economic mechanisms and policies that have proven in their development process in the past. In its past history, Ho Chi Minh City was once the center of Southeast Asia, and known as the ‘Pearl of the East’ during its colonial rule. The City also has an unparalleled geo-economic position with a higher level of development than other countries.

Even today, Ho Chi Minh City is the main national financial hub of the country, with many banks and financial credit institutions, and a robust stock exchange conducting both domestic and international monetary transactions. Finance, banking, and insurance activities account for a large proportion with the absolute value at about 10% of the GRDP of Ho Chi Minh City, and more than one-third of that of the whole country.

An IFC is an information analysis and management organization with financial potential. The IFC constituent parts are the stock market, international, national, and branch banks, multinational corporations, investment and pension funds, and other crucial financial institutions. It has enterprises providing legal, auditing, consulting, advertising, and accounting services, such as by McKinsey, Boston Consulting Group, CB Richard Ellis, Ernst & Young, and Deloitte Touche Tohmatsu, information technology businesses, and the media.

IFC will also widely attract experts to analyse the situation and prospects for the world financial market, monitor macro-economic indicators of countries, conduct research, and propose mechanisms and policies to operate financial markets effectively. In addition, IFC analyses, performs multi-disciplinary research, calculates and publishes international ratings and indexes, same as World Federation of Exchanges, Moody's, Standard and Poor's. Many of these reputable companies already have a presence in Vietnam.

However, making an IFC Vietnam in Ho Chi Minh City will not be easy, and it may take many years to build. In addition to the issue of infrastructure, including information and telecommunications infrastructure, creating a foundation for national digital transformation with high-quality human resources, legal institutions, mechanisms and policies will all be important in building Ho Chi Minh City into an IFC of Vietnam. It is good that these are also the strategic breakthroughs that our Party has identified at the Resolution of the 13th National Party Congress on 1 February 2021.

It calls for synchronous development of the institution, creating a favorable, healthy, and fair business investment environment for all economic sectors, and   promoting innovation, effectively mobilizing, managing and using all resources for development, especially finance. The most important of all features will be the development of software, i.e. mechanisms and policies, not hardware, such as infrastructure, which can be developed immediately if money is available. Only mechanisms and policies make a difference, but these come from awareness.

Within the current legal framework, this is certainly impossible, because the relationship between enterprises and public agencies is mainly done according to a mutually beneficial mechanism, and is not by its own right. If even domestic businesses find it difficult, what will international businesses and investors from all over the world think of such a system. Finance is always a sensitive field that directly affects macro stability, and which is always strictly regulated by specialize laws. Ho Chi Minh City has a particularly important role to play in our economy, politics, culture, and society that no other city in our country can.

I completely agree with Mr. Phan Van Mai, Chairman of the People's Committee of Ho Chi Minh City when he says that Ho Chi Minh City needs a separate law to regulate the position and role of the city as well as the mechanisms, policies, and responsibilities for building, developing and managing the city, especially when the city is implementing the current National Assembly Resolution No. 54/2017/QH14 about piloting specific mechanisms and policies for the development of Ho Chi Minh City. As a rule, regulations that have been piloted with good results can be put into law for stable and long-term application. This year, Ho Chi Minh City will summarize five years of implementing Resolution No. 54/2017/QH14 and report to the National Assembly at the year-end meeting.