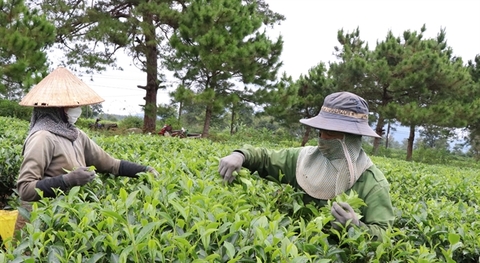 Ta Hoang Linh, director of the Europe-America Market Department under the Ministry of Industry and Trade (MoIT), said the large Eurasian region, consisting of 28 countries, stretching from Eastern Europe to Central Asia, is a potential export market for Viet Nam.

According to statistics of the General Department of Customs, two-way trade between Viet Nam and the Eurasian region hit US$12.7 billion in 2020, representing a year-on-year increase of 20.4 per cent, accounting for 2.3 per cent of Viet Nam’s total export turnover.

According to Vietnamese Trade Counselor in Russia Duong Hoang Minh, Russia is one of the main partners of Viet Nam in the Eurasian market.

Russian people are becoming more interested in Vietnamese food, he said, noting that dried fruit such as mango and custard apple has gradually made inroads into this market.

Recently, the Eurasian Economic Union (EAEU) has removed 76 countries, including many of Viet Nam's export competitors to Russia and the EAEU in general like China, Malaysia, Turkey, Brazil, Peru, and Chile, from the list of those enjoying its tariff preferences.

Meanwhile, after 5 years of implementing the Viet Nam-EAEU FTA, most of Viet Nam's goods exported to the region are entitled to a zero per cent tax rate, Minh said, adding that this is an advantage for Vietnamese businesses to expand their exports, especially agro-forestry-aquaculture products, to Russia.

According to Natalia Zhynkina, Charge d'Affaires of Ukraine in Viet Nam, her country needed to import $6.5 billion worth of agricultural products in 2021 but the import value from Viet Nam reached only $900 million. This shows that there is huge potential for Viet Nam to increase exports to the market.

In order to fully tap incentives from FTAs and promote import-export growth with the Eurasian market in general and the Russian market in particular, Vietnamese enterprises should actively conduct market surveys, join more trade fairs in Russia, and co-operate with Vietnamese firms operating in this country to introduce products in EAEU member states, Minh said.