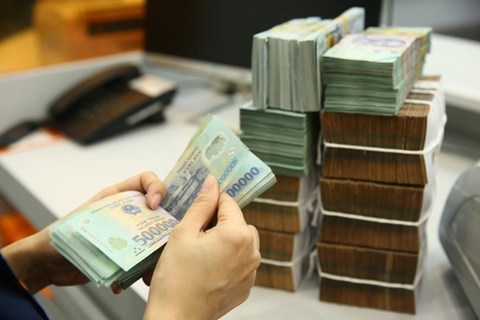 According to the SBV, as of December 22, credit increased by 12.68 per cent compared to the end of last year. Notably, the credit growth had increased significantly for the past few weeks as until November 25, the rise was only 10.1 per cent.

This means trillions of Vietnamese dong of bank loans had been poured into production and business in the past few weeks when the country has gradually reopened after a long time under social distancing.

To meet rising capital demands at year-end, SBV last month extended credit growth quotas to 11 banks. TPBank had the highest rising rate of 6 per cent, a jump from from 17.4 per cent to 23.4 per cent, thanks to its strong capital adequacy ratio (CAR) according to Basel II standards and a diverse investment portfolio.

Experts from the Vietcombank Securities Company (VCBS) forecast the SBV in 2022 will grant long-term credit growth quotas for some banks instead of announcing it every quarter as currently.

Currently, the SBV periodically assesses and modifies the credit growth quota for each bank based on its CAR, financial strength, risk governance and operational status.

Besides, banks that do not focus lending on hazardous and vulnerable businesses and offer low lending interest rates will get the SBV priority in having higher credit growth quotas.

Banking expert Nguyen Tri Hieu told Viet Nam News the central bank was likely to extend long-term credit growth quotas for some banks next year thanks to a significant rise of retail credit, which will remain a main growth driver for the banking system in the year.

According to the SBV, the proportion of retail credit has increased from 31 per cent in 2015 to 42 per cent of total outstanding loans at the end of the third quarter of 2021.

Hieu explained the country’s rising proportion of workers with high-income jobs, especially in foreign direct investment (FDI) firms, would help promote the demand for consumer loans. This is also a criterion for the SBV to expand long-term credit growth quotas for some banks.

According to the SBV’s Deputy Governor Dao Minh Tu, the SBV will increase the credit growth target for 2022 to around 14 per cent against 12 per cent in 2021. However, the rate might be adjusted flexibly in its operational approach.

The Government has so far also required the whole banking industry to implement effective credit policies to support the development of production and business and the recovery of the economy after the pandemic.

Besides commitments to increase capital for priority industries and sectors, Tu noted the banking system would apply stringent control over at-risk businesses, particularly in keeping a firm hand over their real estate assets, risky corporate bonds and their stocks.

The central bank will take steps to closely monitor credit flows to the real estate and securities industries, he said, adding that loans used for speculative reasons, which caused market volatility in the industries would be restricted.

However, he noted, the SBV would continue to prioritise and provide favourable conditions for the residential real estate sector to address genuine consumer demands. Besides, the capital flows for the healthy and stable development of the securities market would also be encouraged.