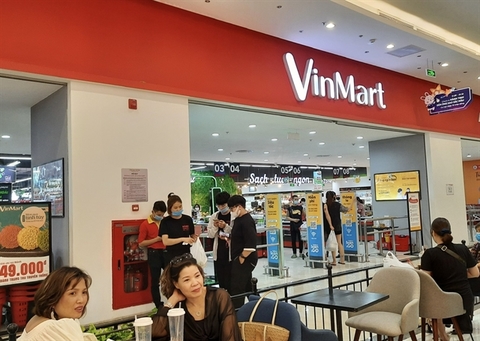 On the Ho Chi Minh Stock Exchange, the VN-Index made up for last year’s regret by surpassing the threshold of 1,500 points on Tuesday, ending the trade at 1,525,58 points.

Liquidity also rose with more than 891 million shares worth VND28.6 trillion (US$1.24 billion) traded, up 2 per cent in volume and 10 per cent in value compared to last Friday’s levels.

However, large caps were still the main market’s growing engine on Tuesday. Growth of the trio shares – Vingroup (VIC), Vinhomes (VHM) and Vincom Retail (VRE) – contributed 10 points or more than one-third of the market’s gain. VIC jumped 6.2 per cent while VHM and VRE each increased nearly 4 per cent.

According to market insiders, the short-term trend is positive. In January, the market is expected to receive supportive information including the fourth-quarter business results of listed companies and the Government’s decision on the economic stimulus package.

Some optimistic analysts predict the VN-Index may rise to 1,600 points in the first quarter of 2022.

“I think the market is in a favourable condition to surpass the historical peak in the first week of the New Year when receiving a lot of supportive information, notably four important contents of the 15th National Assembly's first extraordinary session opening on January 4 and information from the fourth quarter and 2020 business results,” said Ngo Quoc Hung, senior analysts at MB Securities JSC.

“This is the time when the market faces the least barriers as negative factors in 2021 or the Omicron variant has been absorbed by the market,” Hung added.

Assessing the role of stock groups, experts predict blue-chips will have a better chance, after a long period of accumulation and growth far behind small- and mid-cap stocks.

“There is a gradual shift of smart money flow from the group of excessively bullish speculators without fundamental factors to good stocks with sound indicators including blue-chips. It is quite possible that blue-chips will return to their glory days and help the VN-Index conquer new highs,” said Nguyen Viet Quang, director of Yuanta Securities Vietnam Co’s Ha Noi branch.