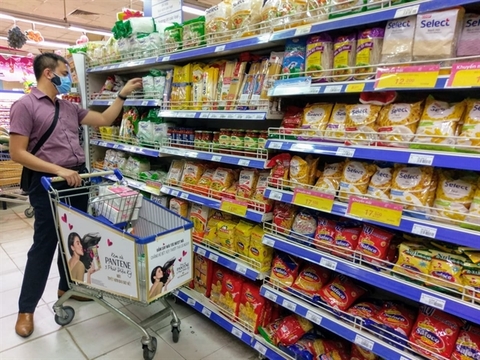 Speaking at a press briefing on Wednesday (December 29), head of the office, Tran Phuoc Tuong, said though the economy shrank to VND1.29 quadrillion (US$56.55 billion), revenue collections surpassed the year’s target to reach VND383 trillion ($16.79 billion), an increase of 3 per cent from 2020.

The consumer price index in December increased by 1.24 per cent compared to the same period last year, taking prices up 2.36 per cent year-on-year in 2021.

The office said all sectors had seen a decline, with agro-forestry-fishery shrinking by 13.68 per cent, industry and construction by 12.96 per cent and services by 5.5.

The index of industrial production plummeted by 14.3 per cent.

Manufacturing shrank by 14.7 per cent and electricity production and distribution by 4.9 per cent.

The surge in tax collections was attributed to growth in the real estate, finance and banking and securities sectors and the impact of Decree 52/2020/ND-CP on the extension of deadlines for tax payment in April.