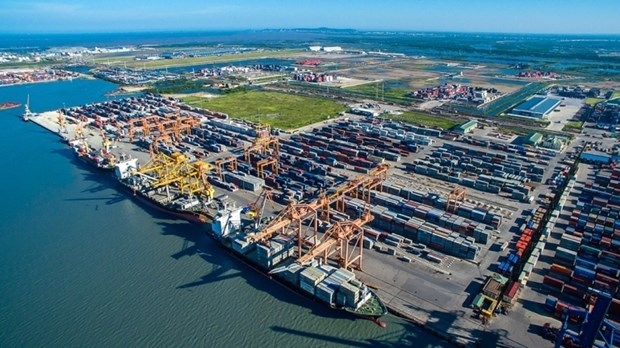 NDO/VNA – Vietnam has great potential for developing maritime industry, Secretary-General of the International Maritime Organisation (IMO) Kitack Lim said during a meeting with Vietnamese Ambassador to the UK Nguyen Hoang Long at the IMO’s headquarters in London on November 22.

The IMO official appreciated the dynamic development of Vietnam's maritime industry over the past two decades, saying that with a large population and a quality workforce, Vietnam has great advantages in the field of shipbuilding and supply of ship navigation equipment.

With its geographical position in the Indo-Pacific region, Vietnam also has favourable conditions to cooperate with countries that have strengths in maritime industry such as Japan, India, the Republic of Korea, and China, he said.

For his part, Ambassador Long affirmed that the coastal and marine economy plays an important role in economic development of Vietnam, as the country has a long coastline and deep-water seaports in all three regions of the country, and is connected to the East-West economic corridor.

According to the IMO official, one of the issues of great concern of the shipping industry is climate change. He noted that IMO will have to raise its carbon emissions reduction target to catch up with international trends.

He stressed that this is the time for coastal countries to comprehensively promote maritime activities.

IMO is a United Nations agency with 174 member countries. It works to ensure the legal framework and the safety and security of shipping and prevent marine and atmospheric pollution by ships.

Vietnam became the 126th member of IMO in June 1984. So far, Vietnam has joined 24 important Conventions and Protocols of the organization.

Vietnam's maritime and search and rescue activities have been highly valued by IMO. In 2020 and 2021, two search and rescue crew members of the Vietnam Maritime search and Rescue Coordination Center (Vietnam MRCC) were honoured by the organization for their prominent performance in their duties.