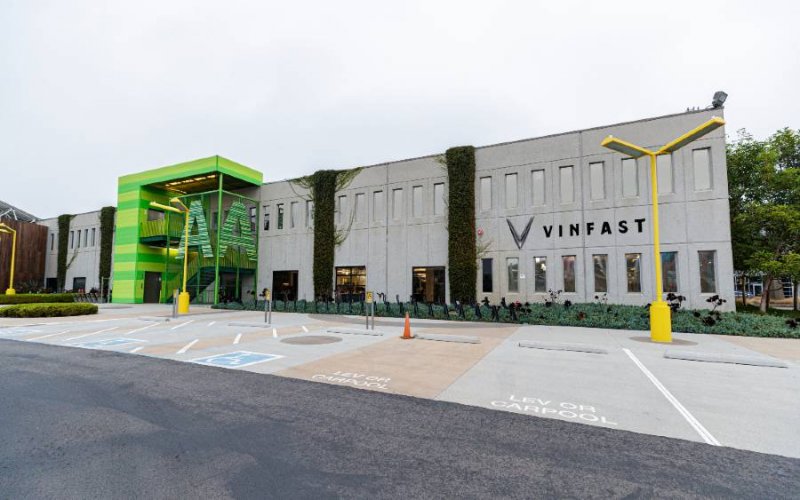 Lured by a $20.5 million state tax credit, Vietnamese automaker VinFast has announced its U.S. headquarters will be located in Los Angeles — a move that builds on the company’s initial $200 million investment in California.

Combined, those investments are expected to create up to 1,000 jobs statewide over the next five years.

The 15,000-square-foot facility, at 12777 W. Jefferson Blvd. in the Playa Vista area of L.A., will include a management team with plans to hire more than 400 workers there and at its regional office in L.A. over the next several years.

Related: Here’s what you may want to know about Vingroup’s battery strategy for Vinfast’s electric vehicles

VinFast was one of the few foreign businesses awarded the California Competes Tax Credit given by the Governor’s Office of Business and Economic Development.

The company’s $20.5 million tax credit is the largest CalCompetes tax credit ever awarded to an auto-momaker and one of the top 10 largest awards given to any company in the program’s nearly 10-year history.

VinFast is also investing in regional offices, a call center and a network of storefronts to help introduce the brand and products to U.S. customers and expand investment plans in the future.

The automaker has a research and development office in San Francisco with 50 employees and it expects to open 35 U.S. California showrooms and service centers this year, according to Just Auto, an online news and research portal for the auto industry.

Founded in 2017 by billionaire Pham Nhat Vuong, Vinfast began delivering gasoline autos to Vietnamese consumers with BMW-licensed engines in 2019. Vuong, who is also chairman of parent company Vingroup, said late that year he would back the company’s U.S. ambitions with $2 billion of his own fortune, according to Bloomberg.

Van Anh Nguyen, CEO for the company’s U.S. operations, said California — and Southern California in particular — are rapidly becoming the epicenter of advanced transportation, thanks to “forward-thinking ideas, an abundance of talented workers and the passion for making transportation electrification a reality.”

“We are excited to make Los Angeles the permanent home of VinFast US,” Nguyen said in a statement.

The company is gearing up to unveil two electric SUVs at this month’s LA Auto Show as the company makes its initial push into North America’s fast-growing EV market. The show runs Friday, Nov. 19 through Sunday, Nov. 28.

Pre-orders for the vehicles will begin in the first half of 2022 with deliveries expected by year’s end, company officials said.

The company’s smart EVs are in tune with where the industry is headed.

In a recent executive order, President Joe Biden set a goal for half of all new auto sales to be zero-emission vehicles by 2030. California is mandating all new vehicle sales be zero-emission by 2035.

“We are so proud to welcome VinFast to our city as we continue leading the way to a better-connected, cleaner, and more sustainable transportation future,” Garcetti said in a statement.

Established in 2017, VinFast owns an automotive manufacturing complex in Hai Phong, Vietnam, where operations are 90% automated. The facilities are capable of producing up to 250,000 cars and up to 500,000 electric scooters a year.