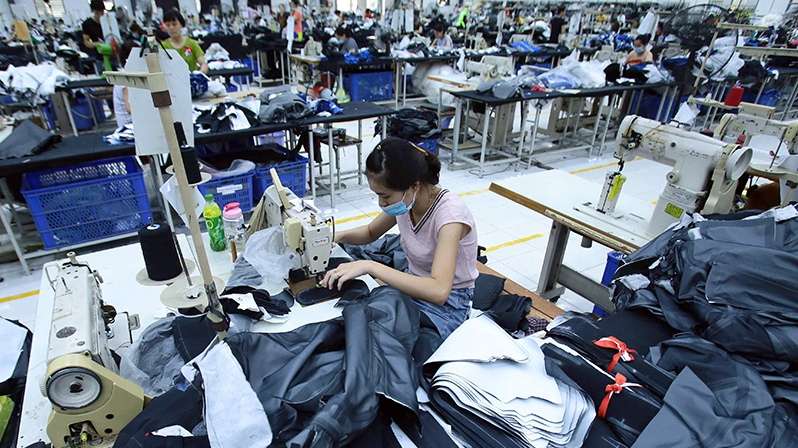 NDO/VNA - Financing public investment to generate future growth and to speed up economic recovery post-COVID-19 remained Vietnam's most important challenge in the near future, said economists and policymakers.

A recent report by the United Nations Development Programme highlighted a number of the Southeast Asian economy's shortcomings and limitations. From 2002 to 2019, public investment (as a share of GDP) was said to fall from 22 percent to 11 percent while demand for infrastructure had been increasing.

This is especially true in coping with climate change, a rising threat to Vietnam – a densely populated country with two low-lying deltas and a long coastline.

The Southeast Asian economy must also commit significant investments to reduce its logistics costs, transit time, modernise cities and improve digital connectivity to stay competitive internationally. While some progress has been made, the country is still behind regional rivals such as Malaysia and Thailand on this front.

Innovation has been slow. Vietnam typically spends just 0.5 percent of its GDP on research and development in recent years, far below what is required to maintain a competitive edge in the region. In comparison, Thailand spends over 1 percent and Malaysia close to 1.5 percent.

To make matter worse, disbursement of public investment has slowed to a crawl since the beginning of the year, especially after the fourth outbreak of the virus in April.

Disbursement of public investment during the first ten months of the year was VND257.38 trillion (US$11.3 billion) or nearly 55.8 percent of the year's target, according to the latest report by the Ministry of Finance.

Even when the money was spent, issues have been raised over its efficiency. The country's decentralised approach has resulted in the fragmentation of its planning system in which local projects were approved in isolation and without sufficient reference to national strategic priorities. In addition, the implementation of hundreds of small projects incurred unnecessary costs and slowed delivery.

This has called for policymakers to carry out reforms of economic institutions with an emphasis on seeking new sources of long-term financing for its infrastructure projects.

While initially experiencing some slowdown, the country was able to mount a strong comeback in the latter half of 2020, ending the year with positive GDP growth, an impressive feat against a backdrop of a bleak global economy.

However, the fourth outbreak of the virus in Vietnam has been a game-changer. As major towns, provinces and industrial hubs across the country were forced to go into lockdown during the fourth outbreak, the economy has suffered a massive blow. Vietnam's GDP growth forecast has been lowered to 2.2.5 percent this year in the latest report by World Bank.

A recent survey by the Centre for Analysis and Forecasting of the Vietnam Academy of Social Sciences in July indicated 63.5 percent of Vietnamese households experienced an income drop of at least 30 percent compared to the pre-pandemic level, which has resulted in a nosedive in demand for goods and services.

Pincus said contraction of private consumption would result in considerable suffering and slower GDP growth than was necessary. Recovery would be slower because the shortfall of demand would cause bankruptcies.

He urged policymakers to implement financial reforms and to create new financial institutions to increase the supply of long-term credit to finance new infrastructure and national competitiveness. He also called for curbs on over-lending to properties and equities, a halt to capital inflows during periods of excessive credit growth and deficit spending while demand is slowing down.

Vo Tri Thanh, former Vice Director of the Central Institute for Economic Management (CIEM) and a member of the National Financial and Monetary Policy Advisory Council, said the pandemic had forced Vietnam to reconsider their approaches to national development and implement policies that were unprecedented.

"Developing countries may consider two consecutive quarters with negative growth as a recession. For Vietnam, a 2 percent growth could be considered a recession," Thanh told Vietnam News.

"Vietnam's economy is not without bright spots including strong macroeconomic indicators, growing exports and a healthy inflow of FDI," he said. However, the government's priorities, for now, were stimulating demand, investment and economic recovery.

Thanh said the government-sponsored recovery programme must cover and focus on the economy's key sectors with fiscal policies to play an important role. A short-term budget deficit may be tolerable to shore up the programme's financial strength, he added.

He called on the government to turn the pandemic into an opportunity to initiate reforms and implement new policies to improve productivity and the business environment and to boost innovation and start-up culture.