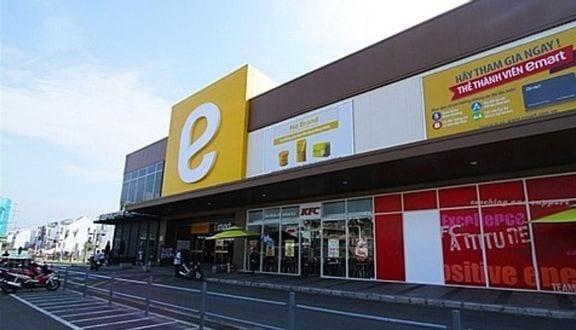 THACO, one of the leading car manufacturers in Vietnam has confirmed that, the company has completed the acquisition of South Korea’s Emart Inc’s hypermarket business in Vietnam

The company signed an agreement to acquire all the capital of Emart Vietnam Co., Ltd. and for an exclusive franchise on May 25, the transaction has been completed on September 27.

THACO will be responsible for business of Emart supermarket in Vietnam, while the South Korean retailer will send key personnel to support the operation and supply private label products at competitive prices in Vietnam.

According to THACO, the company plans to expand Emart not only in the key cities of Vietnam, but also tier two markets across the country.

As is one of the leading car manufacturers in Vietnam, but at annual general meeting this year, in line with its strategic orientation of developing into a multi-industry corporation, THACO announced the establishment of THISO International Commerce and Services Corporation (THISO) for investing and developing a variety of commercial and services businesses such as supermarkets, wedding and conference centres, F&B, indoor entertainment and others, according to Vietnam News.

Vietnam has remained an attractive destination for foreign investors.

“Over the last 20 years, Vietnam has seen increasing M&A activity, whose percentage growth in terms of value has been faster than in comparable ASEAN economies,” said Sophie Dao, the Parnter at the GBS, an investment consulting firm in Vietnam. “In regards to investments by foreign companies, Vietnam has made significant reforms to liberalize the FDI regime of the country”

Despite such reforms and increasing M&A activity, foreign companies still face challenges when investing in Vietnam, according to the experts.

Using the professional services of M&A consultants bring a strategic, value-creating perspective to every engagement to deliver fresh insights via an efficient, results-oriented process.