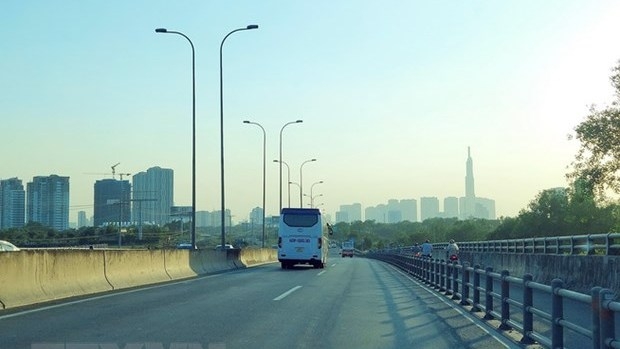 NDO/VNA - The Ministry of Transport has received the proposal to approve a project on expanding Ho Chi Minh City - Long Thanh - Dau Giay Expressway which will be partly funded with loans from the Japan International Cooperation Agency (JICA).

The project is set to work on about 23.76km of the expressway, which will have eight lanes and design speed of 100 - 120km per hour after expansion. In particular, Song Tac and Long Thanh bridges, part of the expressway, will respectively have 10 and nine lanes.

The section proposed to be expanded starts at the site after the An Phu intersection in Thu Duc city of HCM City and ends at the planned intersection with Bien Hoa - Vung Tau Expressway in Long Thanh district of Dong Nai province.

The expansion project will need investment of almost VND12.97 trillion (US$566.8 million), consisting of nearly VND10.22 trillion in official development assistance (ODA) loan from JICA and VND2.75 trillion from the Vietnamese Government, according to the proposal submitted by the My Thuan project management board.

It is scheduled to be implemented in five years, from 2021 to 2025, after the borrowing agreement takes effect.

The Transport Ministry said HCM City - Long Thanh - Dau Giay Expressway, opened to traffic in 2015, has become overloaded, especially in big holidays. The road’s existing capacity is unable to meet the transport demand at present and in the future. Given this, it needs to be expanded early so as to meet the transport demand, particularly when Long Thanh International Airport in Dong Nai province becomes operational, in the southern key economic region.