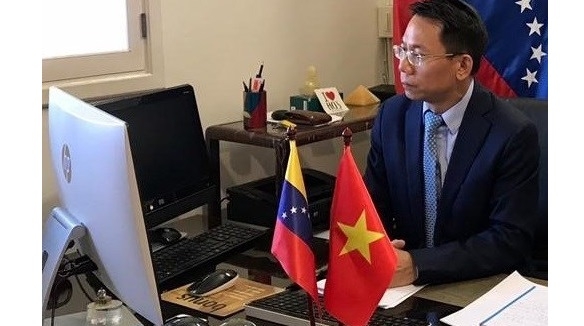 Governor-General Sandra Mason congratulated Ambassador Le Viet Duyen on his appointment as Ambassador Extraordinary and Plenipotentiary in Barbados and announced that she will soon appoint a non-resident Barbados Ambassador to Vietnam.

For his part, Ambassador Duyen pledged to make every effort to take relations between the two countries in all aspects to a new height.

The Ambassador affirmed that Vietnam attaches great importance to the development of cooperation relations with Barbados. He noted that the two sides have a lot of potential that can be ultilised to bolster bilateral cooperation. In the coming time, the two sides can also promote people-to-people exchanges including visits by teachers and students to increase bilateral understanding.
Vietnam and Barbados established diplomatic relations on August 25, 1995.