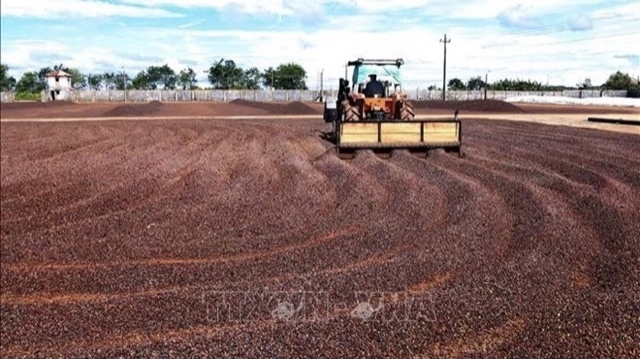 Vietnamese food and farm produce have gained popularity in the Chinese market thanks to their quality and improved supplies. (Image for illustration/VNA)

NDO/VNA - Vietnamese food and farm produce have gained popularity in the Chinese market thanks to their quality and improved supplies, said deputy head of the Ministry of Industry and Trade’s Vietnam Trade Promotion Agency (VIETRADE) Le Hoang Tai.

During a teleconference on farm produce trade between Vietnam and Chinese's Guangdong held by VIETRADE on September 16, Tai described China as among Vietnam’s top important economic partners. In the first seven months of this year, two-way trade hit US$28.8 billion, up 24.6% annually despite COVID-19 pandemic.

He said there remains room to boost export of farm produce to China and Guangdong in particular given the huge demand.

The Trade Consul at the Vietnamese Consulate General in Guangzhou Nguyen Duy Phu said Guangdong has a population of about 120 million people, a gross domestic product of nearly US$1.6 trillion and foreign trade turnover of around US$1.1 trillion in 2020, showing the locality's huge potential as a market for Vietnamese goods.

Two-way trade between Vietnam and Guangdong reached US$41 billion in 2020, or 20-21% of total trade between the two nations. Of the figure, Vietnam’s exports were worth US%21 billion.

Phu suggested domestic firms seek commercial trustees as many major partners in Guangdong do not directly import goods but via trust services, particularly those exporting across the land border.