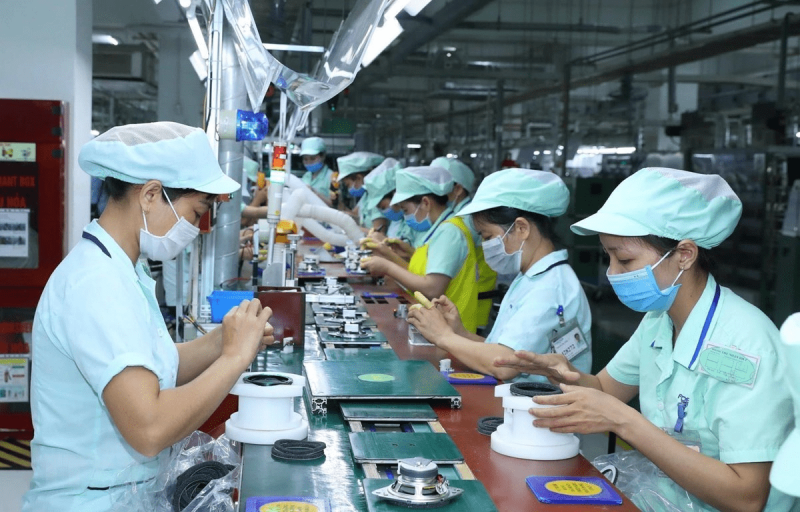 Seafood processor Trung Son Corp in Ho Chi Minh City has recently resumed operating after 70 days of suspension, but with only about 10 percent of its employees. With 119 workers compared to the pre-pandemic level of nearly 900, the company would only able to operate at half capacity by the end of the year, said deputy director Le Minh Tam.

The outbreaks in HCMC have caused 300 employees of Trung Son to contract the novel coronavirus while the remainder had to be isolated in quarantine facilities. After the difficult time most workers have left the city for their hometowns and have been able to find jobs there.

“The emotional attachment with their family makes them not want to return to work,” Tam said, adding those who stayed in the city have also found other jobs.

Precision manufacturer Nidec Vietnam in Thu Duc City is in a similar plight as it has been shut down since mid-July, putting nearly 6,000 workers out of jobs. It has now resumed operation with a plan to recruit 3,000 workers but is still 1,000 short, according to the company’s labor union chairman Luu Kim Hong.

Even with the perks of free Covid-19 tests, hotel accommodation, 70 percent salaries during suspension, and a daily stipend of VND140,000 ($6.16), workers remain uninterested as they prefer to stay in their hometowns for their own safety and that of their families, he said.

Trung Son and Nidec Vietnam are two of 1,600 companies in 17 industrial parks and manufacturing zones in HCMC set to face major labor shortage upon resumption.

At least 20,000 workers across industrial parks have left the city for their hometowns, according to an estimation by the Ho Chi Minh City Export Processing Zone and Industrial Park Authority Business Association (HBA).

There are also tens of thousands of workers who reside in HCMC’s neighboring provinces of Dong Nai, Binh Duong and Long An, who cannot return to work in the city due to mobility restrictions, it said.

It is very difficult for this group of workers to receive two vaccination doses so they can return to work when the economy resumes, said Nguyen Van Be, HBA chairman.

Footwear maker Samho Vietnam in HCMC’s Cu Chi District has been struggling to recruit employees after failing to provide them support during suspension.

The company stopped paying salaries on July 31 due to financial difficulties. It has asked the government to provide support of VND3.7 trillion to each worker but the petition has not been approved.

“Workers have no support to live in the city. Most of them are trying to survive here and will leave for their hometowns once restrictions are relaxed,” said Nguyen Thanh An, chairman of the company’s union labor.

The footwear industry in Vietnam has over 1.5 million workers employed by 2,000 companies, and the suspension of over 90 percent of them have sent many to their hometowns, intensifying labor shortages, said Phan Thi Thanh Xuan, deputy chairwoman of the Vietnam Leather, Footwear and Handbag Association (Lefaso).

Companies want to bring their workers back but uncertainties about when the economy would fully reopen make them hesitant in signing new contracts, she said.

The government should order localities to bring workers back to HCMC, she added.

HCMC has 1.2 million factory workers, and 320,000 of them work in industrial parks and manufacturing zones.

As of Sep. 1, over 10,600 companies employing nearly 14,000 workers were operating with limited capacity.