There remains room for Vietnamese enterprises to promote their exports of farm produce such as rice and seafood to Italy besides other export items, according to the Vietnamese Trade Office in Italy. 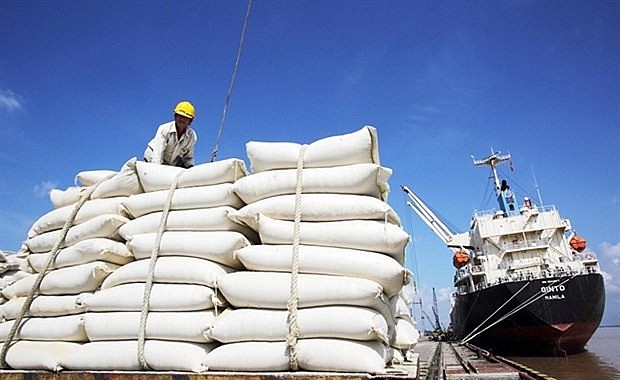 Rice is a potential item for Vietnam to export to the Italian market. (Photo: VGP)

In the first half of 2021 alone, two-way trade saw a yearly rise of 29.3 percent to hit 2.29 billion USD. Of which, Vietnam exported 1.5 billion USD worth of goods to Italy, up 32 percent over the same period last year while its imports from the market topped 759 million USD, up 25 percent year-on-year.

Notably, Vietnam is the leading provider of peeled cashew nuts for Italy, accounting for about 60-70 percent of the country's total cashew imports.

However, the volume of rice Italy imported from Vietnam is still lower than that of other countries, the office noted.

Despite huge potential available in the market, Vietnamese businesses needed to comply with strict technical standards, regulations on certification and packaging as Italy is a member of the EU bloc, the office warned.

A complicated legal environment and high technical regulations and standards for products related to health or the environment could cause trouble for Vietnamese exporters, it said, adding that harsh competition from foreign rivals in terms of the prices and model of export products was also problematic.

It suggested the firms study the tastes of Italian consumers and survey their demands for the products they intended to export and learn about the market share of competitors if they wanted to effectively tap into this lucrative market.