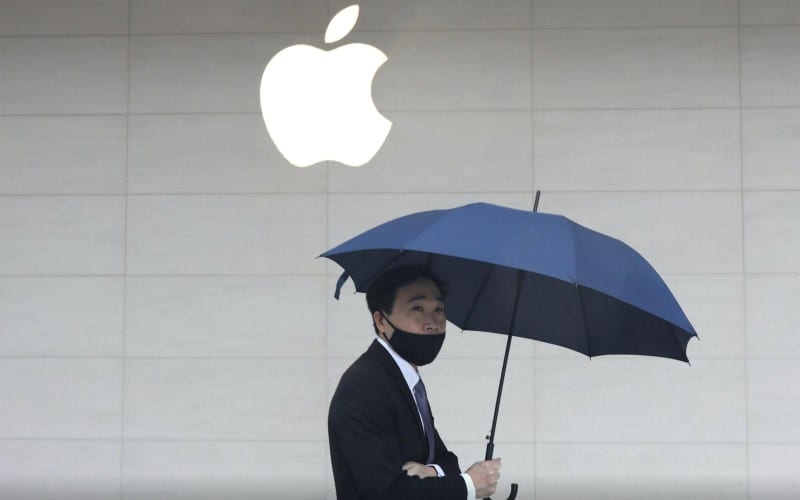 Recent outbreaks of COVID-19 are disrupting plans by Apple, Google, Amazon and their key suppliers to shift production from China to Vietnam as governments tighten border controls to contain outbreaks of new variants of the virus.

Google’s upcoming Pixel 6 smartphone range, for example, will be built in China even though the company had planned to move production of the handsets to northern Vietnam early last year, four people familiar with the matter said.

Like the Pixel 5 range last year, the new phones will be assembled in the city of Shenzhen due to limited engineering resources in Vietnam and intermittent travel restrictions, the people said.

Apple, meanwhile, will start mass-producing its latest AirPods earphones in China instead of in Vietnam as previously planned, two people familiar with the situation said. The company still hopes to move around 20% of new AirPods production to Vietnam later, they said.

AirPods — both entry-level and high-end models — were among the earliest products that Apple began making in significant amounts in Vietnam, having moved production there around two years ago during the height of U.S.-China trade tensions.

Apple’s plan to bring some MacBook and iPad production to Vietnam has also been put on hold due to a lack of engineering resources, an incomplete notebook computer supply chain and the dynamic COVID situation, one of the people said.

Production of smart doorbells, security cameras and smart speakers for Amazon, which recently moved to Vietnam, has also faced delays since May as assembly lines in the northern part of the country coped with a surge in local cases and tougher COVID prevention measures, two people with direct knowledge of the matter said.

Thanks to its young labor force and proximity to China, Vietnam was well placed to attract tech manufacturers when Washington began imposing punitive tariffs on Chinese-made goods in 2018. Suppliers of Apple, Google, Amazon, Microsoft and Dell have set up or expanded factories in the country over the past few years.

Building a new regional supply chain, however, also requires experienced engineers and training for local workers. Both China and Vietnam have adopted stricter border control measures this year, which has slowed the production shift between the two countries, a supply chain executive serving Apple and Google told Nikkei Asia.

The executive said it is especially challenging to conduct so-called new product introductions — in which companies and suppliers work together to develop and produce a completely new product — in Vietnam due to the lack of engineers.

“[Vietnam’s] engineering workforce is still far from adequate,” the person said. “With all the travel restrictions, it’s only feasible to make products in Vietnam that are already in mass production elsewhere, rather than starting production of upcoming products from scratch in the country.”

China’s National Immigration Administration earlier this month confirmed it had tightened border controls and slowed the issuance of new passports and travel documents to contain outbreaks of the delta variant.

Sending workers to Vietnam has also become more difficult since a wave of infections intensified in May, according to sources.

Multiple supply chain managers told Nikkei Asia that it has been harder for their Chinese staff to apply for business trips to Vietnam, with “more documents and queries” needed in China since earlier this year.

Many of the suppliers say they have tried dispatching engineers of other nationalities, though they still face stricter entry requirements on both sides.

“The border control has been tightened in the past few months. We could not easily dispatch our Chinese engineers to support our production projects for Amazon in northern Vietnam, so the company has been bringing in fully vaccinated Taiwanese engineers from China,” said a senior manager of an Amazon supplier.

To combat the recent surge in infections, key Vietnamese provinces also ordered factories to halt production unless they could provide sleeping or travel arrangements for workers. Samsung Electronics temporarily halted production in Ho Chi Minh City and scaled back its workforce because of the intensified COVID situation. Key Apple suppliers Foxconn, Luxshare and Goertek in May also briefly suspended production in northern Vietnam to comply with stricter COVID control measures.

Annabelle Hsu, an analyst with research company IDC, told Nikkei Asia that any setback for Vietnam, which has already emerged as a key alternative manufacturing location to China, is likely to be temporary.

“We noticed there are some impacts on production lines and a slowdown in shifting of production capacity due to COVID-19 resurgence and government measures. However, we don’t think the Vietnamese government will adopt such strict measures for very long, otherwise it will affect its own economy and its rising manufacturing prowess,” Hsu said.

China still boasts the biggest and most sophisticated electronics supply chain in the world, and the Chinese government will do all it can to prevent a large number of manufacturing jobs from leaving the country, Hsu added. “It’s a long-term tug-of-war between China and non-China production, and at the end of the day the pace of the production shift will depend on the geopolitical pressure from the bigger economies such as the U.S. or India to accelerate it.”