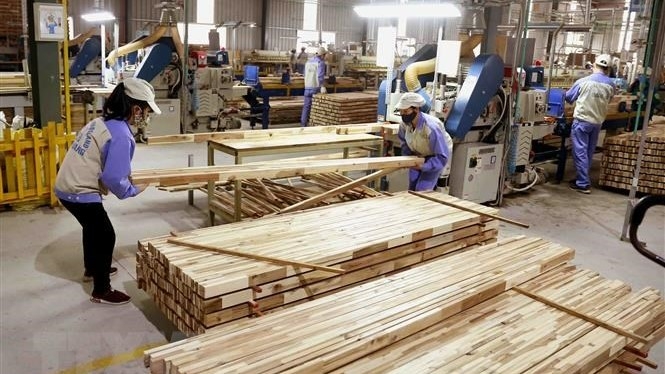 NDO/VNA – The Indian Finance Ministry has decided to not impose anti-dumping duty on several types of medium density fiber (MDF) boards having thickness below 6mm imported from Vietnam, Malaysia, Thailand and Indonesia, according to the Ministry of Industry and Trade’s Trade Remedies Authority of Vietnam (TRAV).

The Indian Ministry of Commerce and Industry‘s Directorate General of Trade Remedies launched investigation into the case in April 2020.

Before the investigation, Vietnam’s export of MDF boards with thickness below 6mm to India reached US$2.3 million in 2019, reported the General Department of Vietnam Customs.

The TRAV also reported that the India’s Directorate General of Trade Remedies announced the extension of deadline for the submission of answers regarding the end-of-term review of anti-dumping measures on elastomeric filament yarn originated from China, the Republic of Korea, Taiwan (China) and Vietnam till August 20, 2021.

The TRAV asked the Vietnamese producers and exporters to thoroughly read guidelines, submit answers before deadline, and work closely with the TRAV if they need support.

Any behaviour showing unwillingness or uncooperativeness could result in evidence for the further imposition of anti-dumping duty, thus reducing competitiveness, losing part or the whole market share to other competitors or countries and territories, it said.