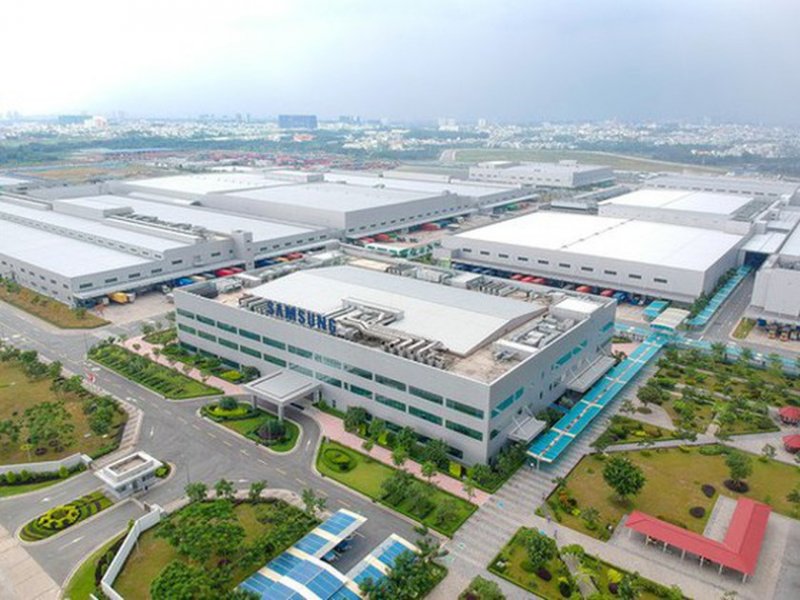 As many as 65 percent of foreign electronics enterprises set up their production bases in northern localities of Vietnam, while about 30 percent of them built facilities in the southern region, and a few in the central region.

Notably, Samsung Group of the Republic of Korea has so far invested over US$17.5 billion in Vietnam, and regularly accounts for more than 20 percent of Vietnam’s total export turnover through its main products of high-end mobile phones and electronic components.

Samsung has attracted more than 170,000 employees working in its production plants in industrial parks in Bac Ninh and Thai Nguyen provinces. Samsung plans to further expand its investment in the coming time.

Recently, Panasonic has moved its refrigerator and washing machine factory from Thailand to Vietnam. This move showed that Vietnam has become the main electronics manufacturing hub in the region.

The North will soon become a main production center, attracting more and more multinational corporations to Vietnam, she noted.

According to Vo Sy Nhan, Managing Director of GNP Yen Binh Industrial Centre in Thai Nguyen province, the recent entry of large electronics manufacturers into the Vietnamese market will inevitably lead to the participation of supporting producers.

Economic experts said that the important factor attracting multinational electronics corporations is industrial parks (IP), noting that most IPs have favorable geographical locations that are easily accessible to transport and logistics systems.

Giant electronics companies are looking for IPs with an area of more than 1,000 hectares and synchronous infrastructure systems in Vietnam, they said.

The Vietnamese Government has approved the expansion of more IPs to meet investment needs in the short and medium terms.