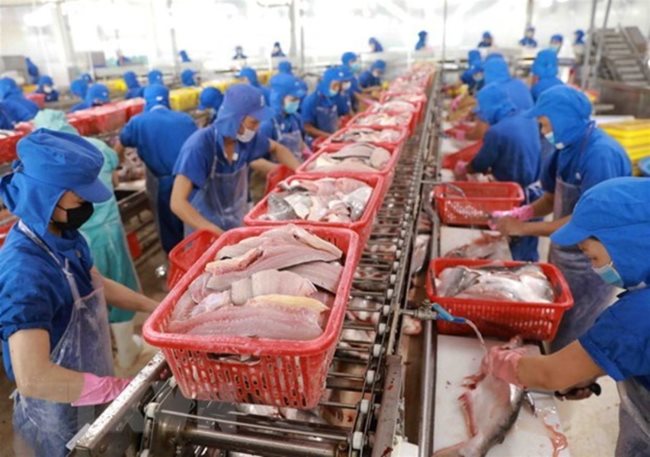 HCMC - Vietnam’s agro-forestry-fishery export revenue between January and July reached US$28.6 billion, up some 27% year-on-year, according to data of the Ministry of Agriculture and Rural Development.

Of the seven-month export value, agricultural products accounted for over US$12.2 billion, up 15% year-on-year, whereas the figures for forestry and fisheries were US$10.2 billion, surging by 54%, and over US$4.9 billion, up 12%, respectively.

In July, the country exported US$4.2 billion worth of agro-forestry-fishery products, up 26.7% year-on-year, but down 9.5% month-on-month. The export value of the main agricultural products amounted to US$1.8 billion, while forestry and seafood exports earned over US$1.4 billion and US$800 million, respectively.

During the seven-month period, the United States was Vietnam’s largest buyer of agro-forestry-fishery products, with a value of over US$8.2 billion, followed by China with US$5.5 billion and Japan with US$1.9 billion.

The data also indicated that Vietnam's import bill regarding these products over the past seven months soared by 42.8% year-on-year to US$24.7 billion. Thus, the sector enjoyed a trade surplus of US$3.9 billion, down 25.8% year-on-year, the local media reported.

To ramp up agro-forestry-fishery exports in the rest of the year, the ministry would continue to boost access to other markets and provide local exporters with information about free trade agreements and policies for export, said Deputy Minister of Agriculture and Rural Development Phung Duc Tien.