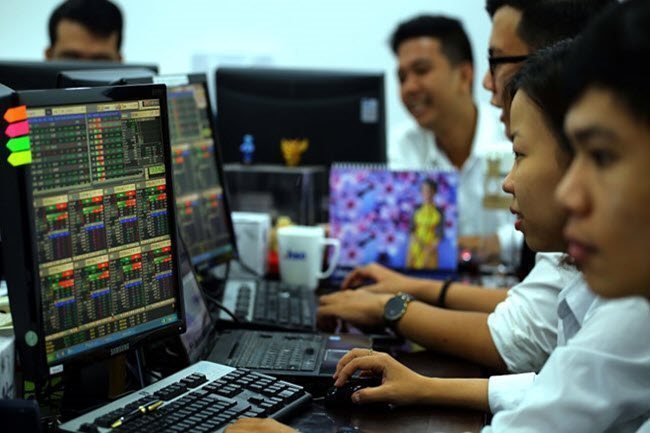 HCMC – The local stock market ended the first session of the week in negative territory, with the benchmark VN-Index of the Hochiminh Stock Exchange shedding over 55 points today, July 19.

With only 50 winners and up to 346 decliners, the main index lost 55.8 points, or 4.29% against the previous session at 1,243.51. Turnover on the HCMC market rose 57% in volume and over 41% in value at more than 731 million shares worth some VND21.8 trillion. Shares transacted in block deals contributed over VND1.8 trillion to the total value.

Among bank and securities stocks, many of them encountered losses such as the lenders CTG, LPB, TPB or the brokerage stocks AGR, APG, CTS.

Besides this, a host of other bluechips in the VN30 basket experienced sharp falls such as insurer BVH and steelmaker HPG dropping over 5% each; mobile phone retailer MWG plunging 6.9%; and housing developer VHM, fuel distributor PLX, jewelry maker PNJ, and retailer VRE dipping 3-4%.

In the groups of steelmakers, real estate developers, and fuel distributors, many dropped over 6% such as NKG, TLH, PVD, POM.

Meanwhile, pharmaceutical stock DBT hit its upper limit at 6.91%. Its fellows were also winners such as IMP, DHG, TRA.

Aside from many bluechips with poor perfomance, lots of small and medium stocks followed the market downtrend with FLC, ROS, HNG, HQC, FIT, ITA, DLG, and HAI closing in the red. In this group, property developer FLC was the most actively traded stock with 37.45 million shares changing hands.

On the northern bourse, the HNX-Index ended on a downbeat note as well due to sell-off pressure. With 41 advancers and 186 decliners, the index shed 15.7 points, or 5.1% versus last Friday to close at 292.06.

Similar to the southern bourse, stocks in the HNX30 basket fell sharply such as SHB, PVS, PVB, NVB, SHS edging down around 9%, and BVS, CEO, NBC, TNG losing over 6%. Apart from bank stocks and bluechips facing heavy losses, securities stocks on the Hanoi market such as APS, ART, PSI were big losers.