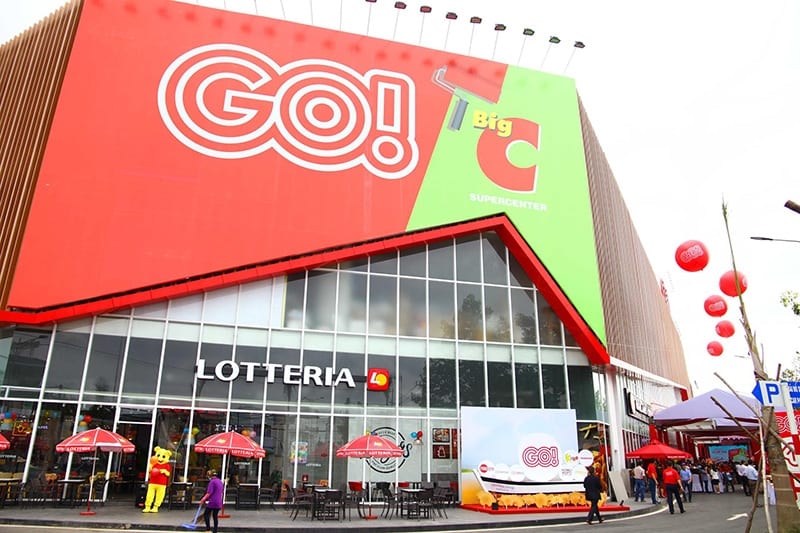 The increasing presence of foreign giants has put great pressure on domestic retailers.

Philippe Broianigo, CEO of Central Retail in Vietnam, recently stated that in the next five years, the group will invest about 35 billion baht (US$1.1 billion) to expand business in 55 provinces and cities of Vietnam. This year the Thai retail giant plans to disburse $211 million to open four trade centers in Vietnam.

The group owns 37 trade centers and 230 stores in Vietnam. It aims to expand this system to 55 provinces and cities in the next five years, to compete fairly with Vietnam’s retail giants.

Takashimaya, a Japanese retailer, also plans to expand its network in Vietnam. Specifically, it will develop the Starlake commercial and office space project in the period 2022 – 2025, besides two other large-scale commercial projects in Hanoi. According to Nikkei, this Japanese retail giant will renovate a number of buildings it has acquired in Ho Chi Minh City and Hanoi.

Japanese brand MUJI also set its first footprint in Vietnam with a store in Ho Chi Minh City and most recently a store in Hanoi. Fila sports fashion brand has also opened two stores in Hanoi.

Among 66 projects licenced in Hanoi in early 2021, there are five shopping center and supermarket projects, with a total capital of $13.48 million. These projects are developed by big investors from Japan and South Korea, which pursue long-term investment activities in Vietnam. Foreign investors keep pouring capital into Vietnam despite the difficulties caused by the global Covid-19 pandemic.

This new wave of FDI proves the attraction and prospect of Vietnam’s retail market in the context of the world affected by the epidemic.

Regarding the retail market, Vietnam has a great advantage with a fast-growing economy in Southeast Asia. In the first quarter of 2021, Vietnam’s GDP grew 4.5%, demonstrating its positive economic activities amid the global pandemic.

Committed FDI in the first quarter increased by 18.5%, while disbursed FDI rose by 6.5% over the same period last year. In addition, a steady increase in population and rapid increase in consumer spending also make the retail market in Vietnam attractive to foreign investors.

According to Trading Economics, retail sales in Vietnam are forecast to grow 11% in 2021, far ahead of other Southeast Asian countries. In 2021, Vietnam’s household spending is expected to grow 9.6% year-on-year, up from a forecast of 0.5% in 2020, according to Fitch Solutions. Consumer spending is expected to continue to grow in 2021. According to a McKinsey’s report, consumers are likely to return earlier to luxury goods, as they did after the financial crisis in 2008, with a growth rate of between 1% and 4% in 2021.

In terms of prospects, Vietnam currently has promising macroeconomic indicators such as strong GDP growth, and spending growth accompanied by rapid urbanization. Thanks to its attractive macroeconomic background and business environment, Vietnam is considered an investment destination for foreign investors.

This growth will create an optimistic change in total domestic consumer spending. Moreover, as GDP per capita is close to $3,000, the potential for the retail industry in Vietnam is huge.

Vietnam is one of the fastest growing digital economies in the region, which has spurred international investors to invest more in the domestic e-commerce market.

According to the Ministry of Industry and Trade’s data, 53% of the population participated in online shopping, pushing the growth rate of Vietnam’s e-commerce market to 18%, with $11.8 billion in 2020.

According to the National E-commerce Development Master Plan for the period 2021-2025, by 2025, up to 55% of the population will participate in online shopping, with the average value of online purchases of goods and services of $600/person/year; B2C e-commerce sales to rise by 25%, reaching $35 billion, accounting for 10% of the total retail sales of consumer goods and services nationwide. It is forecasted that 55% of Hanoi’s total population will shop online on e-commerce platforms, with revenue growth of 20%/year by 2025.

Mr. Yoshio Murata, Chairman of Takashimaya, said: “Vietnam still has a lot of room for us to expand our investment portfolio in many fields.”

The increasing presence of foreign giants has put great pressure on domestic enterprises.

In the field of fashion, data from Euromonitor shows that the three businesses holding the largest market share in Vietnam’s fashion market are foreign firms, with Adidas taking the lead with 1.5%. Vietnamese brands ranking after the top 3 are familiar names such as Biti’s, Canifa, Viet Tien, and May 10.

In order to survive, according to the Vietnam Industry Research And Consultancy JSC (VIRAC), the domestic fashion industry must pay more attention to sustainability, including materials produced from environmentally friendly sources, renewable materials and using less chemicals in production process and ensuring energy saving factors and labor welfare. Distribution on e-commerce channels is increasingly popular, and more Vietnamese consumers turn to online channels.

The retail sector is an example. This field was warned that it can be acquired by foreign groups when many foreign firms enter the Vietnamese market. However, domestic companies have proven that they will not lose the domestic market easily.

The retail market in Vietnam has had the participation of many foreign investors, but the businesses holding the market are mainly domestic groups such as Vingroup, Masan and MWG.

Some foreign retailers have had to leave the market while domestic groups have seized M&A opportunities to increase their scale as well as expand their market share in the domestic retail market.

According to data from Kantar Worldpanel, the top four supermarkets and hypermarkets with the highest market share in Vietnam are Saigon Co.op, Central Retail, The CrownX and Bach Hoa Xanh. Among these retailers, there is only one foreign name – Central Retail.

Recently, The CrownX was invested $400 million by Alibaba and Baring Private Equity Asia. This means that this Vietnamese retail consumer business is valued at $6.9 billion.

Vietnam is promoting international economic integration, so it is inevitable that it will be under pressure to compete with imported goods and foreign-invested companies.

This article was originally published in Vietnamnet