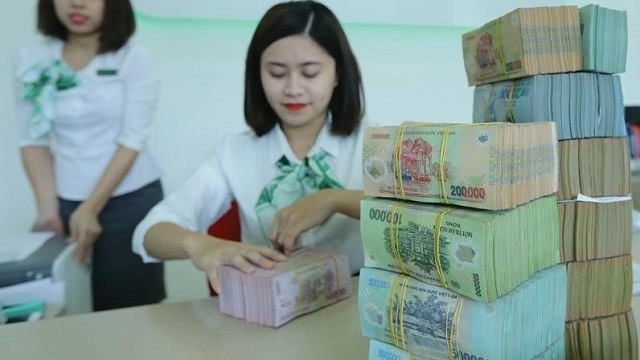 Rate cuts will begin as soon as this month and continue until the end of 2021.

NDO - Commercial banks have agreed to lower their lending rates to support enterprises that have been badly affected by the COVID-19 pandemic following a meeting of the Vietnam Banks Association (VNBA) with its members.

They met on July 12 to discuss and reach consensus on the implementation method and the period for cutting rates on current loans in the final five months of 2021.

According to VNBA General Secretary Nguyen Quoc Hung, it is now very difficult to reduce interest rates, but banks need to share the difficulty with enterprises.

Techcombank Deputy General Director Pham Quang Thang said his bank has been active in debt restructuring and relief to ensure its customers have adequate cash flow during the difficult times.

Techcombank has been constantly reducing its lending rates since the pandemic began in 2020, to under 4.5% for priority areas and 6-7% for essential economic sectors.

He added that the rate cuts should be focused on essential enterprises and with a large labour force, and should not apply to profit-making property enterprises, exporters and car buyers.

On average the lending rates will be reduced by about 1 percentage point, said Nguyen Viet Manh, a member of Agribank’s board of directors.

At the meeting, banks agree that the rate cuts will target those affected by COVID-19 and appropriate reductions will be made depending on the borrowers.

Rate cuts will begin as soon as this month and continue until the end of 2021.

Pham Thanh Ha, Director of Monetary Policy at the State Bank of Vietnam, spoke highly of banks’ consensus but noted that banks still have to give priority to preventing bad debts due to the delayed impact of the pandemic on the banking system.