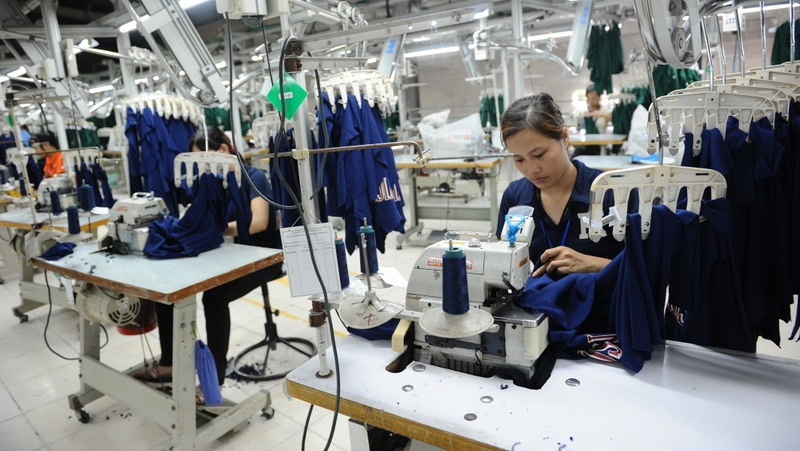 NDO - Vietnam and the UK are set to benefit greatly from a bilateral free trade agreement, which requires enterprises from both sides to abide by some regulations before enjoying the bonanzas on offer.

On July 5, Nguyen Hoang Long, Vietnamese Ambassador to the UK and Northern Ireland, had an e-meeting with the members and partners of the Vietnam-UK Network (VUKN).

The VUKN is an umbrella group bringing together organisations and individuals with shared interests in Vietnam to promote Vietnam–UK cooperation across the broad spectrum of the bilateral relationship - including in trade, education, trade unions, professional and cultural activities – in order to enhance the understanding and friendship between the citizens and institutions of the two countries.

Ambassador Long said that the UK-Vietnam bilateral trade had increased 25% in the first six months of this year, and that the figure could feasibly rise to US$10 billion over the next five years.

“The potential for boosting cooperation in the trade and investment sectors between the two countries is great in the context that Vietnam - a big consumption market – is embarking upon a new economic development stage with its target of reaching a per capita income of US3,500 by 2025 before doubling to US$7,000 by 2030,” Long said.

Vietnam’s key exports to the UK market include mobile phones, garments and textiles, and seafood. The UK is also looking to Vietnam for goods and services such as in education, renewable energy, technology, infrastructure, and healthcare. In fact, the UK is the largest foreign investor in Vietnam’s education sector.

According to Long, one of the biggest drivers of both countries’ trade and investment cooperation is the UK-Vietnam Free Trade Agreement (UKVFTA) that officially took effect on May 1, 2021.

The FTA is of significance as the UK left the EU on December 31, 2020. The UK had been busy negotiating rollover trade agreements to replace those the EU had negotiated so that it could continue to enjoy preferential trade deals from January 1, 2021.

The UKVFTA aims to strengthen the existing relationship between the two countries. In reality, about 65% of all tariffs have already been removed on UK-Vietnam trade. In the first six years after the UKVFTA comes into force, the UK will phase out tariffs on 99.2% of the tariff lines related to Vietnam imports. This is higher than under the other FTA (70.3%). Vietnam vowed to eliminate about 48.5% of tariffs, matching other EU nations in the EU-Vietnam FTA.

Upon entry into force of the UKVFTA in May 2021, items with immediate exemption for non-quota import tariffs include mangoes, cashews, coconuts, peppers, rambutan, longans, coffee, and litchi. Other items such as ground fish, tuna, shrimp, tuna, and fragrant rice, and others will also be exempted from tariffs under quotas.

Under the UKVFTA commitments, when the agreement takes effect, imported tariffs on shrimp materials into the UK will be pared down from 10-20 to 0%.

In order to implement the UKVFTA, Vietnam has already promulgated some policies that investors should be aware of in order to take advantage of the agreement and reduce costs when they trade goods between the two countries.

Specifically, most recently, the Vietnamese Ministry of Industry and Trade (MoIT) enacted Circular 02/2021/TT-BCT guiding the implementation of the rules of origin in the UKVFTA. As per this circular, which will take effect on July 26, 2021, the exporter is allowed to self-certify the origin of export and import shipments to a value of less than €6,000 (more than US$7,000) between the UK and Vietnam.

Circular 2 also says that proof of origin must be submitted within two years of importation to Vietnamese customs. Customs authorities may require a translation if not in English.

Certificates of origin are valid for 12 months and must be submitted to customs authorities of either country within the validity period.

In addition to Circular 02, the Vietnamese government on May 21 promulgated Decree 53/2021/ND-CP on Vietnam’s preferential export and import tariffs for the implementation of the UKVFTA for the 2021-2022 period. Decree 53 became effective May 21, 2021.

Specifically, goods exported from Vietnam will be eligible to enjoy the preferential export tariffs when they are imported into the UK, with their transport documents (copies) showing the UK as their destination.

Meanwhile, in order to be eligible for special preferential import tariffs, import items must be imported into Vietnam from the UK or from the non-tariff zones. In addition, the goods must meet the regulations on the rules of origin and have documents certifying the origin of goods as set out in the UVFTA.

The UK and Vietnam inked the UKVFTA on December 29, 2020, as the UK transitioned out of the EU. The deal was signed by the ambassadors of both countries in London paving the way for increasing trade between the two countries.

The British embassy in Vietnam has forecast that Vietnam will save US$151 million in tariffs from the deal while the UK stands to save around US$36 million. The UKVFTA will strengthen the Vietnam-UK relationship in terms of trade liberalisation, legal regulation, and alignment in global standards.

According to the Vietnamese Ministry of Planning and Investment, as of June 20, 2021 Vietnam had US$3.92 billion registered in 424 valid projects involving UK investors. In the first six months of this year, the total newly-registered, newly-expanded, and stake acquisition-based capital from the UK in the Southeast Asian nation was US$56.13 million.

Two-way trade turnover between Vietnam and the UK totalled US$5.64 billion in 2020, with Vietnam earning US$4.95 million from exports to the UK. In the first quarter of this year, Vietnam’s total export-import turnover hit more than US$1.63 billion, a year-on-year 12.48% rise. This included nearly US$1.47 billion worth of export revenue, up 14.74% year-on-year.

Nguyen Hoang Long, Vietnamese Ambassador to the UK and Northern Ireland, said that the trade and investment ties between the two countries have even more room for further development.

He cited both nations’ joint statement last September as saying, “Both sides wish to refresh and strengthen the UK - Vietnam Strategic Partnership. We will set an upward trajectory for the next 10 years with the shared ambition to lift the Strategic Partnership between the UK and Vietnam to a higher level in the future.”

Long said that these are the three key pillars in the Vietnam-UK Strategic Partnership aimed to boost both nations’ co-operation in trade, investment, security and defence, culture, education, and tourism.