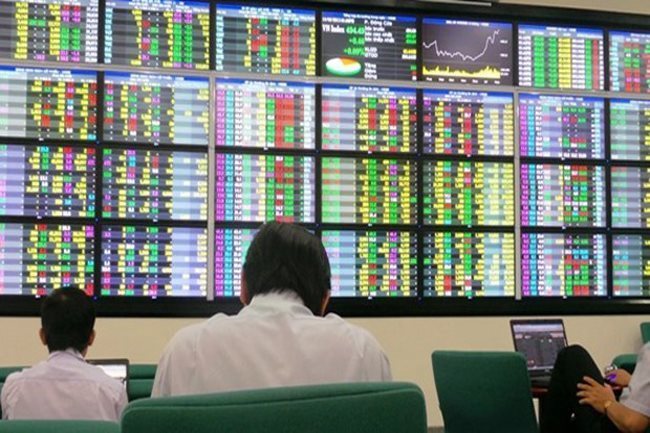 The VN-Index of the Hochiminh Stock Exchange extended its winning streak to the third consecutive session. Property and securities stocks and several largecaps helped the main index move up on Thursday. The main index closed 5.64 points, or 0.41%, from the session earlier.

The southern bourse saw over 730.9 million shares worth VND24.4 trillion change hands, down 6% in volume and 3% in value against the previous session. However, block deals contributed VND1.2 trillion to the total value.

Many property and construction stocks such as urban project developer KBC, industrial urban developer D2D, and mining firm HCD shot up to their ceiling prices.

In securities stocks, FTS stole the limelight as it hit its upper limit of 7%, while HCM and VCI jumped by over 4%.

Lender VPB became the biggest drag on the southern bourse as it plummeted 6.2% at the close but took the lead by liquidity with a matching volume of 38 million shares.

On the Hanoi Stock Exchange, the poor performance of many large-cap stocks sent the HNX-Index down 0.72 points, or 0.22%, from the day earlier, at 318.29. Over 152 million shares worth VND4.1 trillion were traded at the close.

Lender SHB dipped by 4.1% but was the most traded stock on the northern bourse with over 31 million shares changing hands.