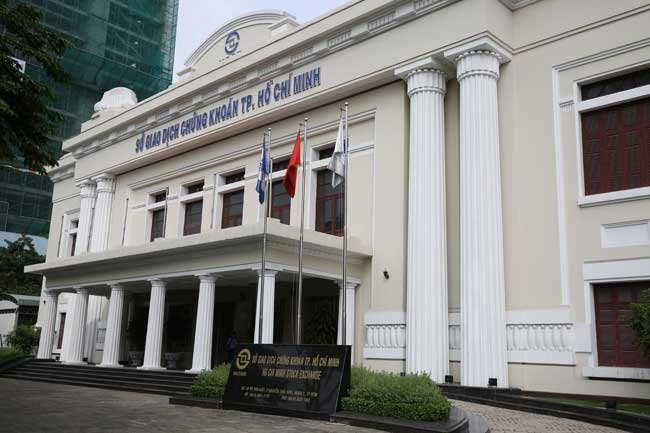 The façade of the Hochiminh Stock Exchange. The Ministry of Finance has launched an inspection into the exchange – PHOTO: THANH HOA.

HCMC – Minister of Finance Ho Duc Phoc has asked ministry inspectors to inspect the Hochiminh Stock Exchange (HoSE) due to the frequent trading system overload on the bourse.

Following the minister’s directive, the ministry’s chief inspector on June 10 signed a decision on the local media inspection report.

The inspection team will work out specific inspection plans to ensure compliance with Covid-19 prevention and control requirements.

Over the past few months, the overload of order placing has become frequent on the southern bourse, and it has been getting worse since early this month.

In the afternoon of June 1, HoSE suspended all trading activities as the liquidity on the bourse surged, posing a high risk to the system’s security. This is the first time the southern bourse had to suspend its trading.

However, the trading system overload continued, and transactions were not executed for 15-20 minutes.

The incident was worse on June 7 and 8, when investors were not allowed to cancel or modify their orders.

Angered over their losses, many investors have accused HoSE leaders of dodging their responsibility.

Despite many serious incidents, leaders of HoSE have yet to offer an official apology.