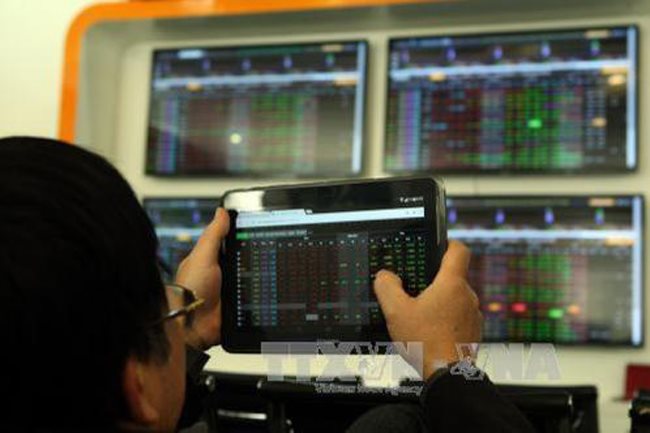 The active bottom fishing also helped the HNX-Index of the Hanoi Stock Exchange reach its highest level before easing slightly at the end of the day.

Many securities stocks reached their highest levels of the day, such as VND, BSI, VIG, APS, WSS, and HBS.

Others also reported a sharp increase, such as SHS soaring 7.9% at VND36,800 and seeing 10.7 million shares traded.

Bank stocks were not outsiders to the trend. Specifically, SHB increased 7.9% at VND31,300 and saw 29.9 million shares transacted, leading the northern bourse in terms of liquidity.

Meanwhile, petroleum stocks were split. PVS rose 5.2% at VND28,400, while the remainder dropped.