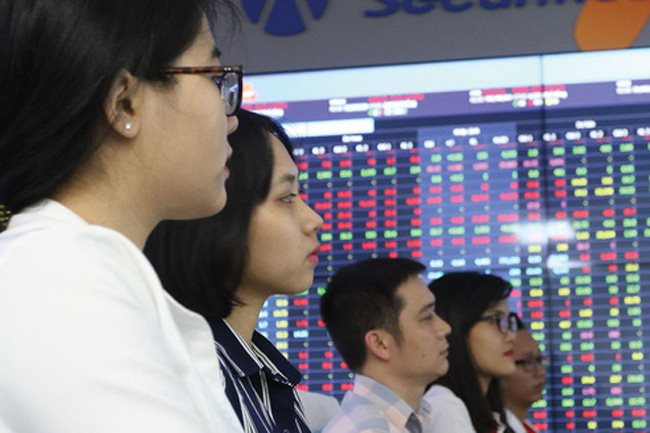 HCMC - The strong profit-taking pressure on many stocks, especially those having reported a surge in previous sessions, dragged the VN-Index of the Hochiminh Stock Exchange down today, June 7, ending its six consecutive winning sessions.

Meanwhile, VPB bounced back 0.4% to its intra-day high at VND72,000. It also led the southern bourse in terms of liquidity with nearly 45.65 million shares traded.

Securities stocks continued to tumble and many of them closed at their reference prices, such as AGR, APS, CTS and BVS. Steel stocks also plunged into the red.

On the contrary, real estate stocks were bright spots of the market. Besides large-cap and blue-chip stocks, such as VHM, VIC, VRE and PDR, which supported the market, the transactions of many medium- and small-cap stocks were positive as well.

SHB was the most actively traded stock on the northern bourse with more than 36 million shares matched.