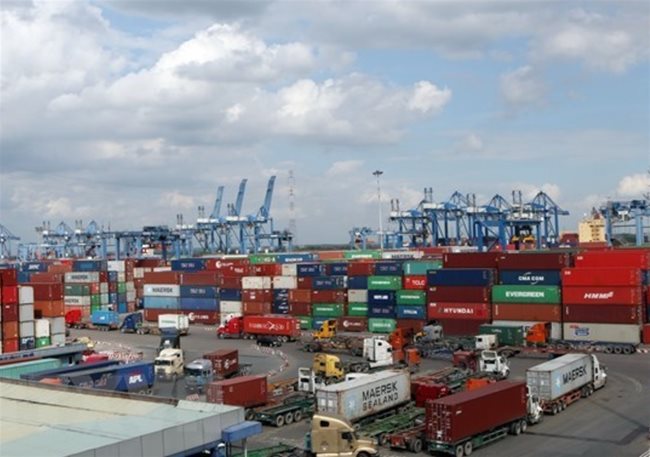 A general view of the Cat Lai Port in District 2, HCMC. The city’s budget revenue reached VND174.6 trillion in the first five months of the year - PHOTO: VNA

HCMC - HCMC’s budget revenue in the first five months of 2021 is estimated at some VND174.6 trillion, meeting 49% of the year’s target and increasing 22.8% year-on-year, according to the HCMC Statistics Department.

Of the figure, domestic revenue was VND123.7 trillion, representing 49.8% of the year’s target and rising 21.1% compared with the same period last year.

The city earned VND50.9 trillion from imports and exports in the first five months, meeting 47.1% of the full-year target and increasing 27.3% year-on-year.

The HCMC Statistics Department said this was a very encouraging result amid the complicated Covid-19 situation.

Domestic private companies contributed VND37.1 trillion to the city’s budget revenue from January to May, accounting for 21.3% of the total and surging 49.8% year-on-year.