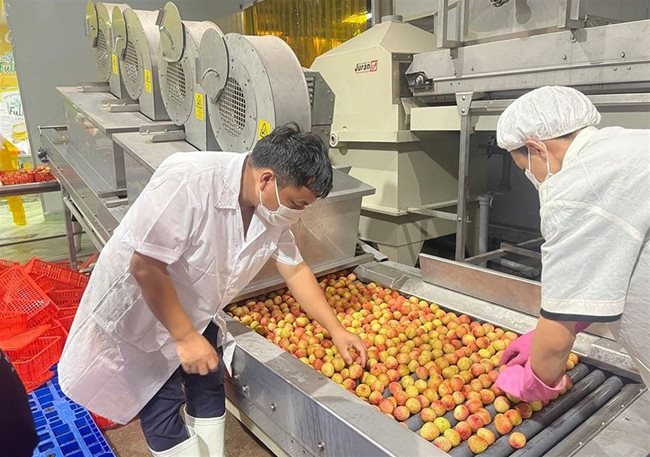 Lychees are processed and sterilized before being shipped to foreign countries. Vietnam will ship some 1,000 tons of lychees to Japan – PHOTO: LDO

HCMC – Japan will buy some 1,000 tons of lychees in the 2021 crop from Vietnam, said Ta Duc Minh, Trade Counselor of Vietnam in Japan.

Vietnam’s trade office in Japan is working with the country’s relevant agencies and Japanese supermarkets and distributors to launch promotion programs and enhance the consumption of lychees in Japan, Minh said.

The Bac Giang Department of Industry and Trade said that as of May 26, the total volume of Bac Giang’s lychees consumed had reached 7,300 tons. On May 26, 20 tons were exported to Japan.

Nguyen Van Tho, deputy director of the Industry and Trade Promotion Center under the Bac Giang Department of Industry and Trade, said on May 28 that the shipment of the province’s early-harvested lychees arrived in Japan on May 27.

The lychees were sold at supermarkets in Japan at 1,650 Japanese yen per kilogram, or VND340,000, the local media reported.

Most of the 20 tons of Vietnamese lychees were consumed in the Japanese market on the first day, Tho said.