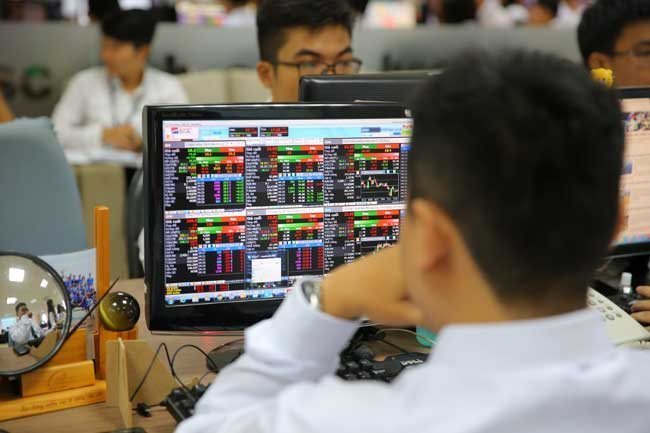 HCMC – Stocks in the banking and steel sectors flourished today, May 25, enabling the benchmark VN-Index of the HCMC market to conquer the 1,300-point level and set its new record at the close.

Turnover on the southern bourse contracted over 5% in volume and 10% in value versus the previous session at nearly 679 million shares and more than VND21.2 trillion, including some VND1.8 trillion worth of shares traded in block deals.

Among major contributors behind the index’s growth, bank stocks played a vital role in propping up the index, despite some of them losing steam. Lender TPB rose 5.2%, its fellows MBB, VCB, EIB, HDB, LPB improved 2-3%, while ACB, BID, TCB, STB increased over 1%. Especially, lender SSB hit its ceiling price at VND34,850 with 3.7 million shares changing hands. Meanwhile, CTG and VIB ended with losses.

As for liquidity, lender VPB was the most actively traded stock on the southern bourse with 31.78 million shares transacted, but it gained a slight 0.1%, followed by two lenders STB, MBB, and steelmaker HPG with matching volume of 22-24 million shares each.

Among speculative stocks, those in the FLC family were actively traded but most of them closed in negative territory, except for investment firm FIT that hit its upper limit. Other stocks such as DXG, HQC, DIG were losers.

On the northern bourse, the HNX-Index also hit its intraday high of 301.59 points at the close, up 1.26 points or 0.42% against the previous session, with 99 stocks rising and 116 others dipping. Nearly 131 million shares worth over VND2.8 trillion were traded on the northern bourse, improving 23% in volume and 18% in value versus Monday.