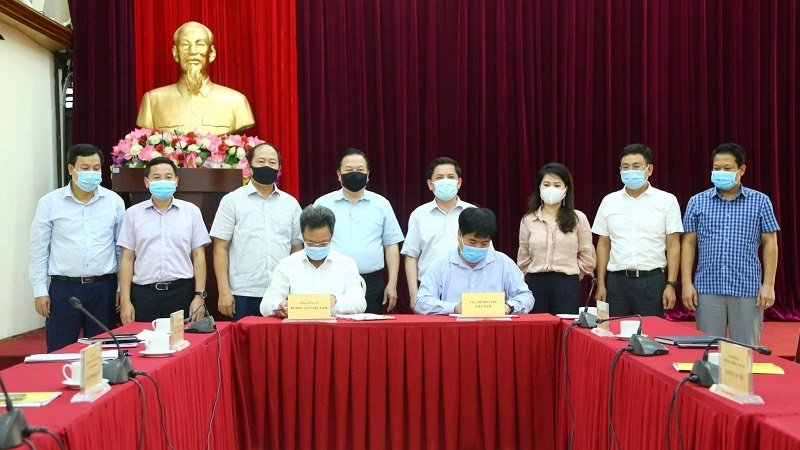 NDO - The Ministry of Transport (MOT) has signed a contract with the Vietnam Railways Corporation (VNR), in which the latter will be responsible for servicing the maintenance of the national railway infrastructure in 2021.

The contract signing took place on May 24 after disagreement over which side should be allocated the VND2.8 trillion (US$121.6 million) maintenance package was finally resolved.

In previous years, when the VNR was a company under the MOT, annual maintenance funding was allocated directly to the VNR, which would then sign contracts with its 20 railway management and signalling companies.

But problems arose when the VNR was transferred to the Commission for Management of State Capital at Enterprises and was no longer under the management of the MOT.

Under state budget law, such funding must be allocated to a unit under the MOT but railway law stipulates that VNR is the company directly in charge of managing the railway infrastructure.

On May 19, the Prime Minister issued a document stating that the Ministry of Transport is responsible for ordering the service of railway infrastructure management and maintenance with the VNR.

Under the contract, the VNR will be responsible for regular maintenance and repair as well as carrying out repairs on unexpected damage and damage due to flooding and storms.

Speaking at the ceremony, Minister of Transport Nguyen Van The asked the two sides to quickly implement maintenance tasks to ensure the safe, accurate and uninterrupted operation of railway services.