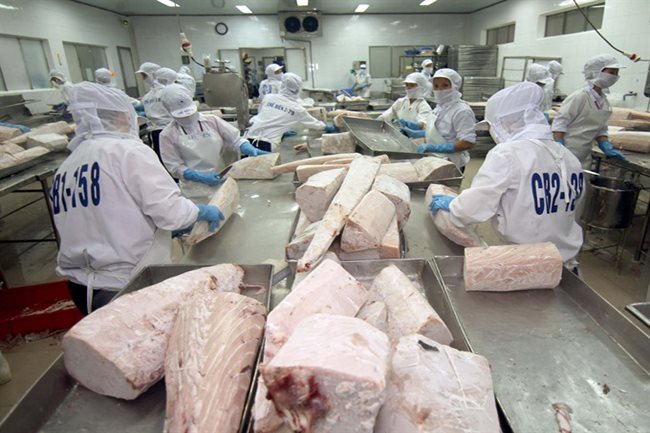 Employees process tuna at a local facility. Vietnam's tuna exports reached US$74 million in April, up a staggering 50% against the same period last year – PHOTO: VASEP

HCMC – Vietnam exported tuna products worth US$74 million in April, up a staggering 50% against the same period last year, according to the Vietnam Association of Seafood Exporters and Producers (VASEP).

During the first four months of this year, the country’s tuna export revenue reached US$226 million, inching up 15% versus last year’s figure.

Vietnam has shipped tuna products to 63 markets around the world, down 27 markets compared to last year’s figure. The country recorded positive growth in tuna export revenues from the EU, the United States, Israel and member economies of the Comprehensive and Progressive Agreement for Trans-Pacific Partnership.

VASEP forecast that Vietnam’s tuna exports to these markets will continue to rise in the upcoming period thanks to tariff incentives buoyed by free trade agreements.