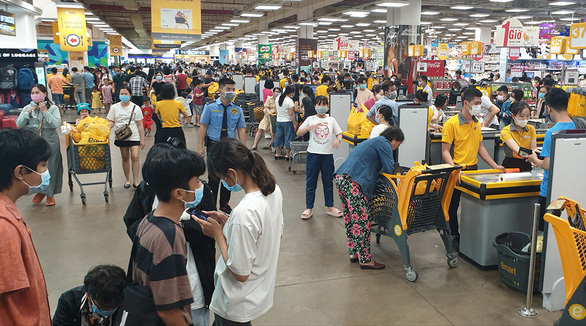 Vietnamese carmaker THACO will acquire a 100 percent stake of South Korean-owned E-Mart Vietnam Co., Ltd., according to representatives from both firms.

Truong Hai Auto Corporation, or THACO, has finalized negotiations with E-Mart Vietnam Co., Ltd., to acquire the entire South Korean firm, both companies confirmed on Wednesday but declined to state the exact date when the deal would be signed.

Once completed, South Korean retail giant E-Mart will stop operating its only retail outlet in Vietnam after seven years and THACO will take over the E-Mart brand name as a franchisee and will pay a royalty to the foreign retailer.

Those with knowledge of Vietnam’s retail landscape called the deal a win-win solution.

THACO, a newcomer to the retail world, will gain valuable business management experience from operating E-Mart while the foreign retailer will be able to maintain its brand recognition in Vietnam and continue to export goods to the Vietnamese market, they explained.

Some 85 percent of these South Korean goods are produced by E-mart itself with the remaining purchased from small and medium sized enterprises.

“With a population of 100 million, a young consumer force, and a rapid increase in spending per capita, Vietnam has a large retail market,” an E-mart representative said.

The acquisition announcement came just one day after Alibaba Group and its partner Baring Private Equity Asia announced a $400 million plan to purchase newly-issued shares of The CrownX, a subsidiary of Vietnam’s Masan Group in Vietnam.

Once finalized, the deal would give Alibaba and Baring a 5.5 percent stake in the company.

Danny Le, general director of Masan Group, said the deal will aid The CrownX – the operator of the VinMart chain – in evolving into an “all-in-one” platform which serves the daily necessities of local consumers through offline and online shopping channels.

Merger and acquisition (M&A) experts said that the Vietnamese retail market is entering a new and fiercer competition after a period of slowdown.

They also forecast a surge of M&A deals in Vietnam in the near future.

The Vietnamese retail market has maintained a high growth rate in recent years, at about 10 percent per year, with its revenue estimated to reach $160 billion in 2020, according to local data.

Reportedly, the country is currently rated as one of the fastest growing e-commerce markets in Southeast Asia, second only to Indonesia.