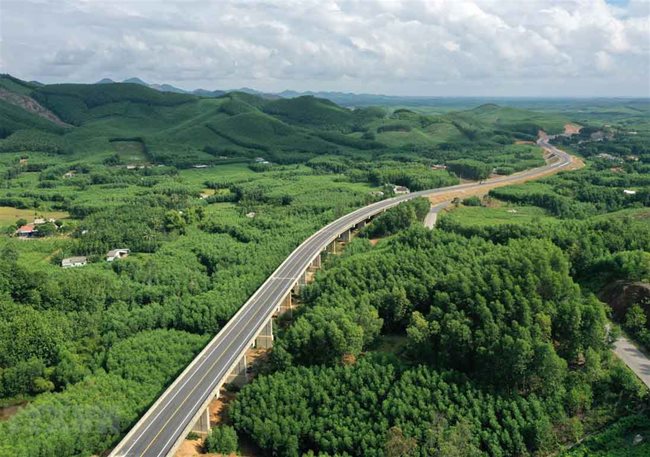 A section of the North-South Expressway. Five sub-projects of the expressway will get off the ground in this quarter – PHOTO: VNA

HCMC - Five sub-projects of the North-South Expressway, including two State-invested projects and three others carried out under the public-private partnership (PPP), will kick off in this quarter.

Works on the Dien Chau-Bai Vot Expressway project, which links Nghe An and Ha Tinh provinces, will begin tomorrow, May 22. This will be the first PPP sub-project of the North-South Expressway to get off the ground.

According to the Ministry of Transport, this 50-kilometer-long expressway requires an investment of VND11,157 billion, including VND5,090 billion from private investors and VND6,067 from the State budget.

The two other PPP sub-projects will kick off next month.

The Nha Trang-Cam Lam Expressway crossing Khanh Hoa Province is 50 kilometers long. It requires an investment of VND5,523 billion, including VND2,556 billion from private investors and VND2,967 from the State budget.

Two sub-projects invested in by the State are also scheduled to get off the ground in June.

The 50-kilometer-long Nghi Son-Dien Chau Expressway costs VND7,283 billion. It will run through Thanh Hoa and Nghe An provinces.