Home / Business
Can Tho seeks cooperation with Hiroshima on environmental protection and climate change
ChandraGarran04 21-05-2021, 18:24 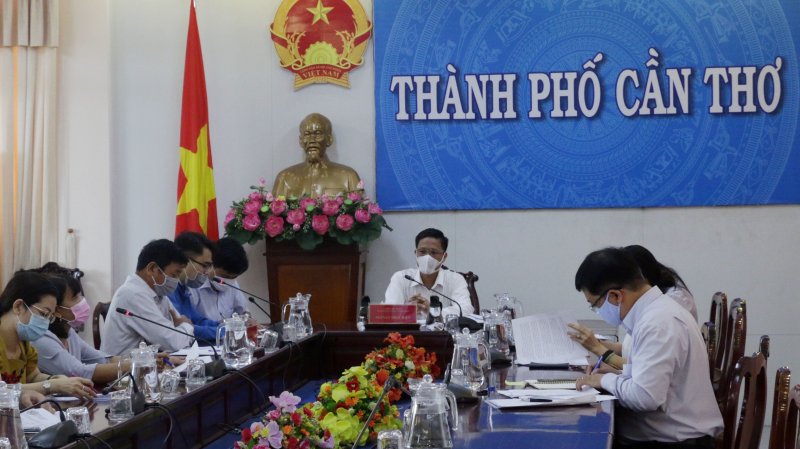 The virtual meeting between Can Tho and Hiroshima officials (Photo: VNA)

NDO - Vice Chairman Nguyen Thuc Hien of the Mekong Delta city of Can Tho has expressed his desire to cooperate with Japan’s Hiroshima Prefecture in various fields, especially environmental protection and climate change.

Hien made the statement during a virtual meeting on May 21 between the city’s government and the Hiroshima agency in charge of labour, industry and trade.

He stated that the treatment of waste in agricultural production is highly important to provinces in the Mekong Delta and Can Tho City, therefore the city is looking for Hiroshima’s advice and the recommendations of enterprises with appropriate technology to deal with the issue.

In addition, as many Japanese enterprises are relocating their investments to Southeast Asia, Can Tho hopes they will invest in other sectors in the city such as seafood processing, information technology, tourism and energy.

According to Deputy Director of the Department of Natural Resources and Environment Cao Thi Minh Thao, the city wishes to cooperate with Hiroshima on environmental monitoring, saltwater intrusion warning and on adaptation to climate change.

Deputy Director of the Department of Industry and Trade Tran Le Binh said Can Tho is planning to build an LNG warehouse and is seeking counselling and cooperation on relation to this plan.

For his part, Deputy Director of the Department of Agriculture and Rural Development Pham Truong Yen said that with a fishery output of 200,000 tonnes per year, the city is facing a great deal of difficulty in wastewater treatment.

The city is looking for assistance in circular technology to optimise raw materials and by-products in the seafood industry so as to help reduce pollution and greenhouse gas emissions.