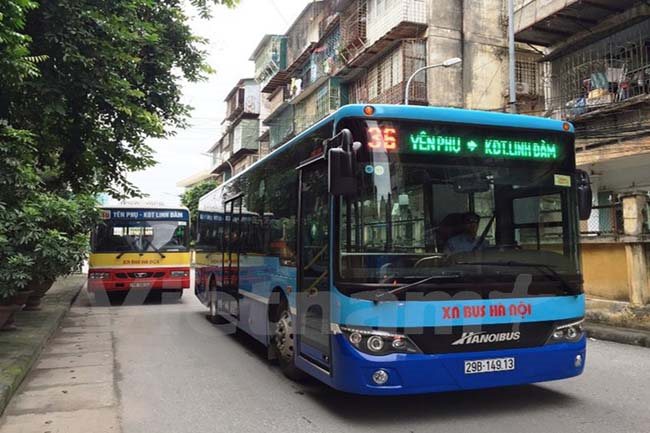 Two buses are seen traveling along a street in Hanoi. The capital city has planned to launch 90-100 new bus routes in the years to come to meet 16-18% of the passenger travel demand by 2025 – PHOTO: VNA

During the 2016-2019 period, Transerco opened 33 new bus routes and expanded 15 of the existing bus lines. Some of them linked the city center with the Noi Bai International Airport and the bus rapid transit system. The services were also offered further to many outlying districts of the city.

In the upcoming period, Transerco will continue to work on plans to adjust and open bus routes to localities where bus services are not available and submit them to the municipal government and the relevant agencies for approval.