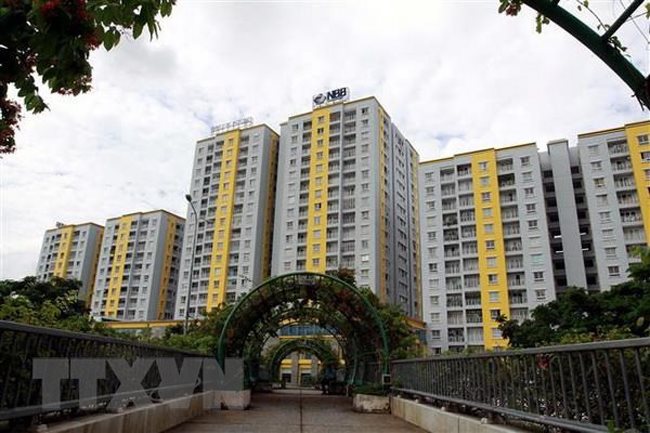 An apartment building in HCMC. The General Department of Taxation will propose raising the apartment lessors’ income level subject to the VAT and PIT - PHOTO: VNA

Ta Thi Phuong Lan, deputy head of the department’s Tax Administration for Small and Medium Enterprises and Household Businesses, said the department would send the proposal to the Ministry of Finance so that the ministry can report it to the Government and the National Assembly, Tuoi Tre Online newspaper reported.

According to many experts, the taxable income threshold of VND100 million for apartment owners is low, while the VAT and PIT rate of 5% each is higher than that of many other services.

Dr Dinh Trong Thinh from the Academy of Finance suggested raising the threshold to VND120 million and halving the tax rates.

Lan said under the Laws on VAT and PIT, those with incomes of less than VND100 million per year are not subject to the taxes.

As for the proposal to deduct apartment lessors’ costs before calculating their incomes, she said the proposal was unreasonable as lessors’ long-term ownership of apartments and possible increase in prices of property products should be taken into account.

In reality, the leasing of real estate products has attracted many investors as they are assured of a stable money flow and the products are not devalued.

In addition, the tax rates for individuals are much lower than those for enterprises.

For example, individuals are subject to a PIT rate of 5%, while the corporate income tax rate is 10% for enterprises. The respective VAT rates for individuals and firms are 5% and 20%.