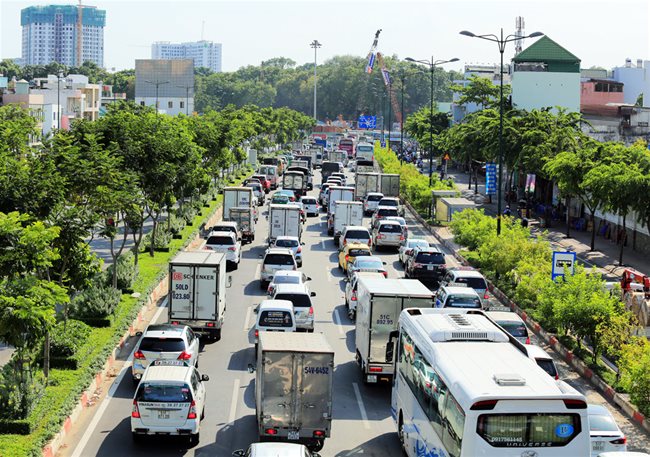 Import-export activities through the system of seaports are vital to HCMC’s economy. However, they have been plagued by constant traffic jams on the roads leading to them. An ambitious plan has been proposed by the HCMC Department of Transport to allocate capital to the main routes connecting to these ports. The sum of capital amounts to more than US$1 billion, according to Thanh Nien newspaper.

Since its establishment centuries ago, port systems have been crucial to the former Saigon and now HCMC. Like many other localities in the south of Vietnam, HCMC boasts a labyrinth of waterway networks of rivers and canals measuring almost 1,000 kilometers in total length. Paradoxically, only 20% of the goods transported to and from the city are by those waterways while the rest are by roads, according to statistics released by the Vietnam Maritime Administration.

Thanh Nien cited a representative from the Ministry of Transport who said currently, the road systems have reached key airports and seaports in the area. However, port systems have not been fully used because many roads permanently face traffic jams. This is particularly true with seaports near urban centers, such as Cat Lai Port, one among the biggest container ports in Vietnam.

Thanh Nien also quoted Assoc. Prof. Nguyen Ba Hoang, vice rector of the HCMC University of Transport, as saying that lessons from nations worldwide show that if a nation wants to boost her cargo transport capabilities to cut costs, it is indispensable for them to develop railway and waterway transport systems.

The problems with roads leading to key ports in HCMC

Throughout its history of development, the seaport system has been vital to the economy of this southern city. Until 2009, the Saigon Port had been an international port most important to the entire southern region, if not Vietnam. Encompassing five affiliated ports (Tan Cang, Ben Nghe, Khanh Hoi, Nha Rong and Tan Thuan ports) on a surface area of more than a half million square meters, the Saigon Port had a total throughput of 35 million tons in 2006. However, some of the affiliated ports along the Saigon

In 2009, the central Government implemented a plan to remove ports out of the inner of HCMC by giving the greenlight to the development of a seaport system in Hiep Phuoc where there are four big ports on the bank of the Soai Rap River, a tributary of the Saigon River (SPTC, Saigon – Hiep Phuoc, Tan Cang Hiep Phuoc and Long An).

However, as has been said above, traffic jams on the roads leading to the existing main ports in HCMC remain a thorny problem which has not been tackled effectively.

HCMC’s port systems are in different districts, including districts 2, 4, 7 and 9 and Nha Be District. The arterial road systems to Cat Lai port system (Tan Cang – Cat Lai and Phu Huu) and Hiep Phuoc port system have been built to carry out the role of transporting cargoes via these ports and to and from neighboring provinces. However, according to Tran Quang Lam, director of the HCMC Department of Transport, investment in the relevant road systems has not been adequate. What’s more, no separate road systems have been constructed for the ports which are deep in the inner city—Cat Lai, Tan Thuan, Hiep Phuoc and Phuoc Long—resulting in severe traffic jams in the areas.

Vo Kim Cuong, former vice chief Architect of HCMC, told Thanh Nien that Hiep Phuoc Port and Cat Lai Port, the two biggest ports in HCMC, have to confront with difficulties in transport. Although Cat Lai Port is currently Vietnam’s biggest container port, the transport of goods there relies on a provincial road. Trucks carrying containers unloaded from this port, together with those from the adjacent ports, run from Cat Lai to Hanoi Highway, making traffic jams even worse day in day out.

Meanwhile, Hiep Phuoc Port was born to replace part of the former Saigon Port and reduce traffic jams in the inner city caused by container trucks. However, the development of this key port has been slow because of several reasons. Among them is the lack of a road system meeting its demand. At present, Nguyen Huu Tho is the only connecting road leading to Hiep Phuoc.

Projects worth more than US$1 billion

Thanh Nien reported that the HCMC Department of Transport has just proposed a priority for medium- and long-term capital allocation for 2021- 2025 to six projects on arterial routes connecting to HCMC’s seaport systems. Of these, one project is underway (My Thuy Junction); two projects, which are sections of Beltway No. 2  waiting for completion, have been agreed by the HCMC authorities for investment approval; and three new projects are conceived.

The first one, My Thuy Junction project worth VND3,622 billion, aims to tackle the problem of traffic jams on Nguyen Thi Dinh, Dong Van Cong and Vo Chi Cong streets and facilitate traffic to and from Cat Lai Port. The first phase of this project has been carried out and the finishing phase is underway. However, this phase cannot be implemented smoothly at the moment of speaking as its site clearance and land compensation have come to a halt. 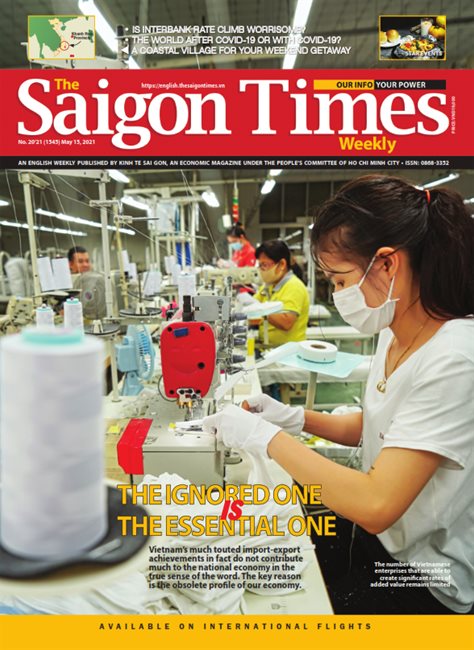 The two sections 1 and 2 of the completion of Beltway No. 2 have received instructions from the HCMC competent authorities. The municipal Department of Transport has completed dossiers for investment approvals which will be sent to the municipal Department of Planning and Investment as per the procedures. Proposals would then be forwarded to the municipal Appraisal Council. Section 1 is 3.5 kilometers long from Phu Huu Bridge on the east of the beltway to Hanoi Highway in Thu Duc City, and costs VND9,047 billion. Section 2 from Binh Thai Junction on Hanoi Highway to Pham Van Dong Street is 2.5 kilometers long at a cost of VND5,569 billion. Although the two sections are short, they are significant to the completion of Beltway No. 2 as well as the enhancement of the connection among port systems in Thu Duc City of HCMC.

Aside from the above three projects, the Department of Transport’s plan also incorporates three new projects. The first is finishing the North – South axial route, from Nguyen Van Linh Expressway to Ba Chiem Bridge. This project, 6.7 kilometers long, will expand the existing road by two more lanes to complete the North – South axial route in accordance with the plan (60 meters wide, six lanes). Its cost is VND7,013 billion.

The second is the completion of the section of the beltway from Phu My Bridge to My Thuy Junction in Thu Duc City at a cost of VND1.2 trillion.

The third will complete the section of the beltway from My Thuy Junction to Nguyen Duy Trinh – Beltway 2 Junction at VND1 trillion.

These all are critical projects designed to enhance the connection of Hiep Phuoc port system in Nha Be and ports in the area of Cat Lai.

The above six projects need investment of almost VND27.5 trillion (roughly US$1.18 billion). If funding faces difficulty, the municipal Department of Transport petitions for a postponement of other projects which are not so urgent to give priority to the above six projects.