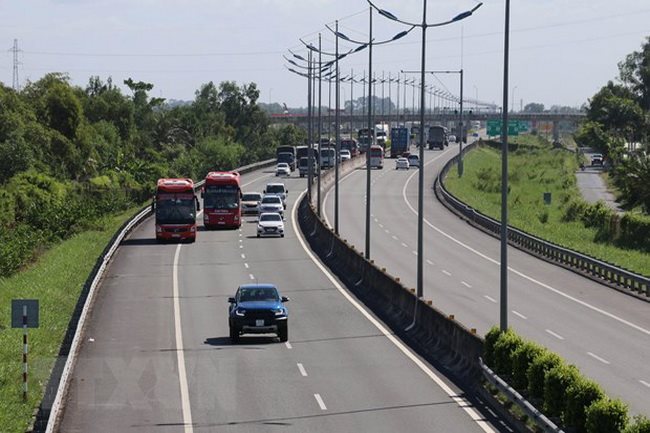 Vehicles travel on an expressway in Vietnam. The government of the Central Highlands province of Daklak has proposed developing the Buon Ma Thuot-Nha Trang expressway project – PHOTO: VNA

HCMC – The government of the Central Highlands province of Daklak has proposed developing the Buon Ma Thuot-Nha Trang expressway project with a length of 113 kilometers, connecting the province with Khanh Hoa.

The province proposed adding the expressway to Vietnam’s road system plan in the 2021-2030 period with a vision toward 2050, a representative of the Ministry of Transport said on May 12.

The expressway is expected to cost some VND19.5 trillion, have four lanes and allow for a designed speed of 80-120 kilometers an hour.

The province proposed the Government spend some VND10 trillion from the State budget on the expressway project, while the remaining VND9.5 trillion will be sourced from the local budgets of Daklak and Khanh Hoa and firms, the local media reported.

The Ministry of Transport is conducting research on Vietnam’s road system development plan for the 2021-2030 period, with the Quy Nhon-Pleiku expressway project proposed for the 2025-2030 period.