Thailand’s Prime Minister Prayut Chan-o-cha and Vietnamese Prime Minister Pham Minh Chinh agreed that the two countries should strive for USD 25 billion in two-way trade by 2025 during their phone talks on Wednesday. 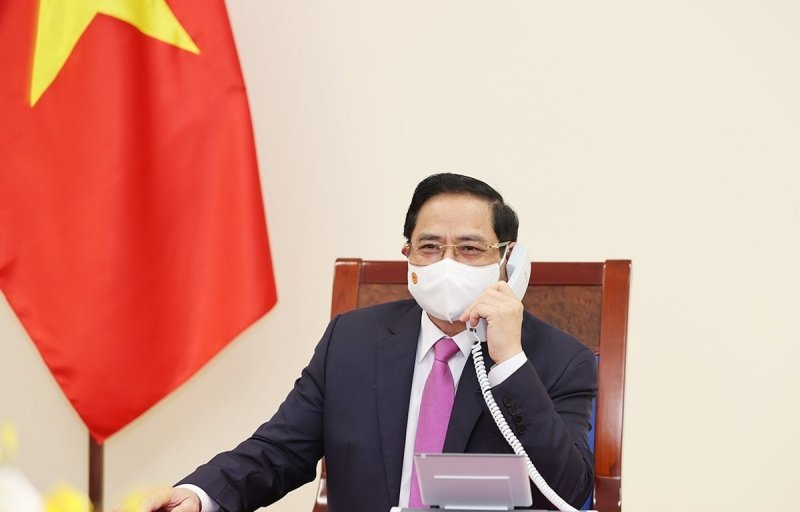 PM Chinh affirmed to create favourable conditions for and encourage Thai firms to do business and investment in Vietnam in such fields as energy, tourism, hi-tech agriculture, digital technology and automobile supporting industry to obtain that goal.

The two leaders discussed various aspects of bilateral co-operation, including facilitation of travel protocols between the two countries.

They agreed to facilitate the negotiations of priority travel mechanisms between the two countries and co-operation in ensuring safe and effective access to vaccine supplies, in a bid for sustainable post-pandemic socio-economic recovery.

The Thai leader praised Vietnam’s competent handling of the Covid-19 pandemic along with socio-economic development, successful fulfilment of its role as Chair of the Association of the Southeast Asian Nations (ASEAN) in 2020 as well as as a non-permanent member of the United Nations Security Council – especially as the President of the council in April this year, and the country’s role in regional and international affairs.

Discussing specific measures to boost bilateral ties, the Government leaders requested relevant agencies to coordinate in organising activities in celebration of the 45th anniversary of bilateral diplomatic relations this year, maintain and promote the efficiency of cooperation mechanisms, including the organisation of the fourth joint Cabinet meeting at an appropriate time, soon sign an action programme implementing the Vietnam-Thailand enhanced strategic partnership for 2021-2025, and strive for USD 25 billion in two-way trade by 2025. 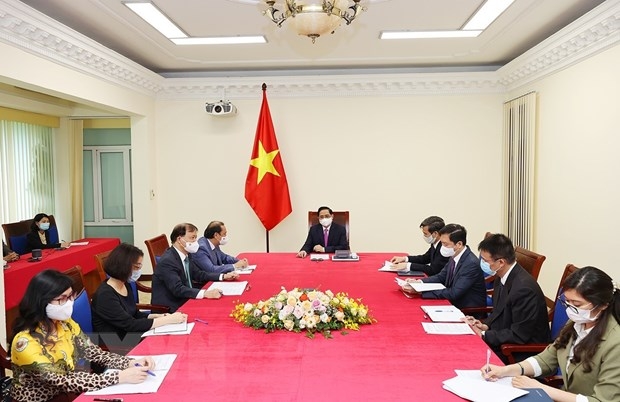 Regarding regional and international co-operation, they agreed to boost mutual support in multilateral mechanisms such as the United Nations, ASEAN, APEC (Asia-Pacific Economic Cooperation forum), and to promote transport connectivity and sustainable development in the Greater Mekong Subregion.

The Vietnamese PM asked Thailand to back Viet Nam’s in its bid to be the host country of the ASEAN Regional Center on Public Health Emergencies and Emerging Diseases (ACPHEED). The two leaders shared the importance of strengthening solidarity and maintaining ASEAN's stance on the South China Sea (known in Viet Nam as the East Sea) issue, as well as holding negotiations to achieve an effective and substantive Code of Conduct in the South China Sea (COC) in line with international law, including the 1982 United Nations Convention on the Law of the Sea.

Regarding the Myanmar issue, they affirmed ASEAN's central role in supporting Myanmar to overcome current challenges and agreed to cooperate with ASEAN to promote the implementation of the ASEAN leaders' agreement on this issue.

Prayut Chan-o-cha congratulated Vietnamese Prime Minister Chinh on his election to the post and invited the Vietnamese leader to soon pay an official visit to Thailand./.