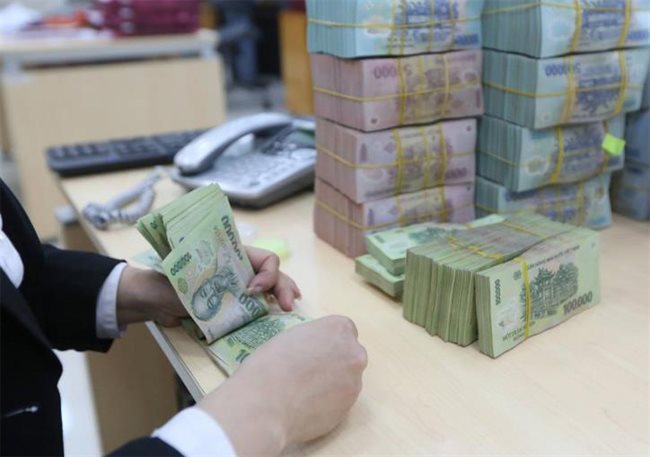 A bank teller counts Vietnamese banknotes at a bank. The State budget revenue in the first four months of 2021 met 40.5% of its full-year target - PHOTO: VNA

HCMC - The State budget revenue from January to April reached VND543.4 trillion (over US$23.7 billion), meeting 40.5% of the entire year’s target and increasing 7.3% from the same period last year, according to the Ministry of Planning and Investment.

Of the figure, domestic revenue was VND456.3 trillion, representing 40.3% of the year’s target and rising 7.6% year on year. The budget revenue in the year’s first four months in 53 of the country's 63 cities and provinces met over 35% of their entire year’s targets.

The country earned VND74.5 trillion from imports and exports in the first four months, representing 41.7% of the full-year target and increasing 16.5% compared with the same period last year.

Revenue from crude oil reached VND12 trillion, meeting 51.7% of the year’s estimate and down 34.6% year on year.

The four-month State budget revenue indicated a recovery of the economy, the Ministry of Planning and Investment said.

State spending between January and April was VND463.7 trillion, equivalent to 27.5% of this year’s projection. That included VND338.1 trillion of regular expenditure, equivalent to 32.6% of the year’s estimate and rising 1.2% year on year.

The ministry said the State budget in the first four months was spent in line with plans and on schedule, meeting the demand for socioeconomic development, national defense, State management, debt repayment and social security.