Under the impact of the Covid-19 epidemic, the interest in new payment technologies is growing in the Asia-Pacific region.

In 2020, 84% of consumers in Asia Pacific said they used more emerging forms of payment. Notably, up to 64% of respondents (75% of them belong to Generation Y - millennials) said they tried using new payment methods because of the pandemic impact. 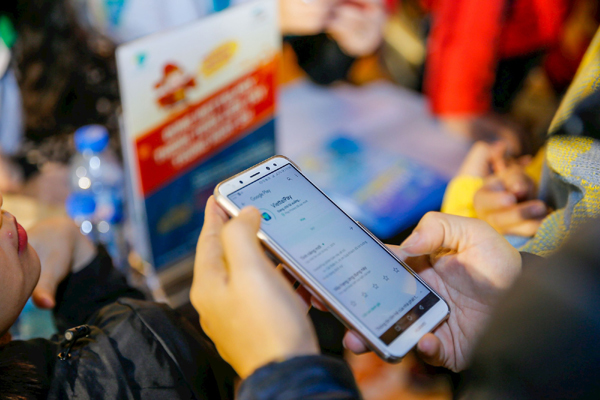 Cashless payments are becoming more popular in Vietnam and other Asian countries.

Along with this is a change in consumption habits. Consumers are expecting to be served both directly and online. In fact, 60% of the respondents said they would avoid stores that do not accept any form of electronic payment.

In the future, the use of payment technologies will increase, while the use of cash will gradually decrease.

In fact, 69% of Asian consumers plan to use cash less next year. Meanwhile, e-wallets have become quite popular among consumers in this region. At least 68% of respondents plan to use this type of payment next year. This is higher than the global average (about 62%).

Payment methods have changed in 2021, according to a survey by MasterCard.

This shows that like people in most other countries in the region, Vietnamese are gradually changing. Instead of using cash, Vietnamese consumers are using digital payment utilities. Among those using QR codes for payment, 63% said in 2020 they used this method more often than in the past.

The rate was 64% in both Thailand and India, higher than the global average of 56%. The survey by MasterCard shows that convenience and hygiene were the main reasons for users to make touchless payments through their mobile devices.

In Vietnam, according to the State Bank of Vietnam's statistics, although the QR code payment has been implemented for a short time, 30 banks and about 90,000 transaction points have accepted payment via QR Code.

Besides QR Code, cryptocurrencies are asserting their positions. In the Asia-Pacific region, 45% of the respondents said they might consider using cryptocurrencies next year. This figure is well above last year's 12%, and 40% higher than the global average. 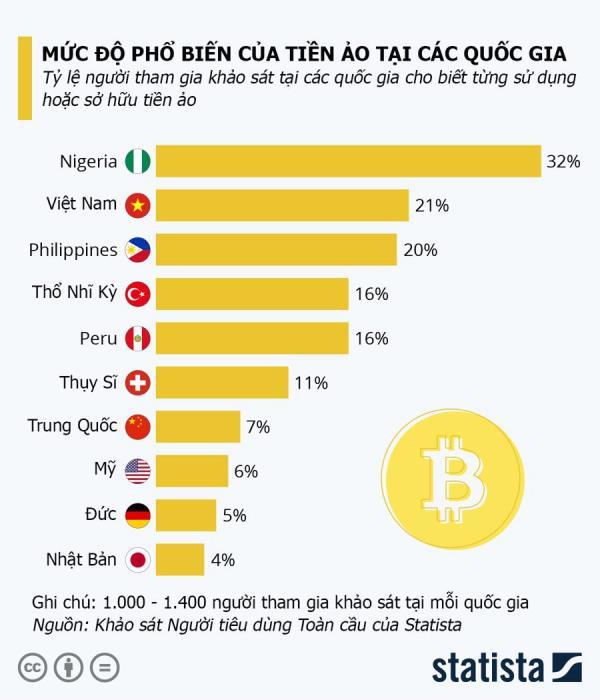 The popularity of cryptocurrencies in different countries. dаta: Statista

Geographically, more consumers are more comfortable with using cryptocurrencies in Thailand (46%) and India (44%) compared to Australia (17%). However, with their volatile prices, cryptocurrencies are more of an investment item than a currency to spend.

However, many statistics show that Vietnam currently ranks second in the world for the popularity of cryptocurrencies. According to Statista's survey, of every five Vietnamese, one said they used to use or own cryptocurrencies.