The Trade Remedies Authority of Vietnam received information on May 6 that the Indian Ministry of Finance's decision to not impose anti-dumping duties on a number of artificial fiber products which originate from China, Indonesia, and Vietnam. 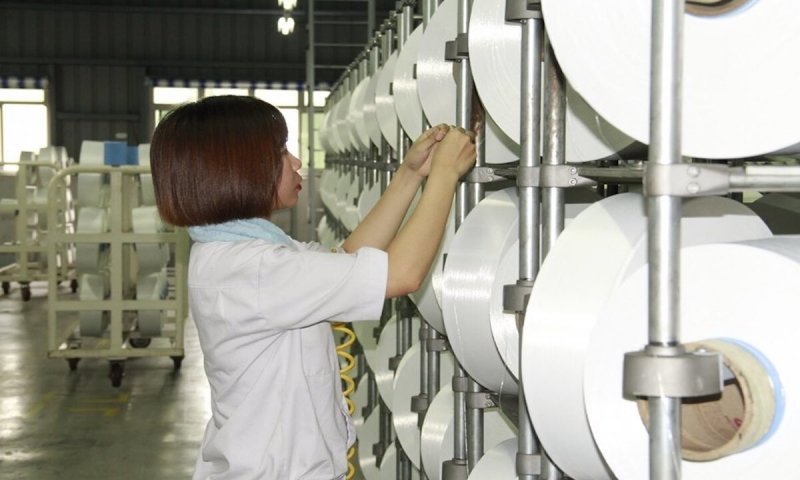 A polyester fiber plant in the northern city of Hai Phong. Photo courtesy of Petrovietnam Petrochemical and Textile Fiber JSC.

India has chosen not to place anti-dumping taxes on some artificial fiber products, including viscose spun yarn imported from countries such as Vietnam, reported VOV.

Previously on December 30, 2020, India’s Ministry of Commerce and Trade had issued their final investigation into the case, while the Indian Ministry of Finance subsequently proposed imposing anti-dumping duties of between USD 0.25 and USD 0.8 per kilo on these products. In line with this suggestion, it was put forward that anti-dumping taxes on Vietnamese items should be at USD 0.41 per kilo.

Anti-dumping duty is imposed against a specific country if there is a sudden drop in the price of an imported item.

Dumping impacts price of the product in importing country, hitting margins and profits of manufacturing firms.

According to global trade norms, a country is allowed to impose tariffs on such dumped products to provide a level-playing field to domestic manufacturers.

The duty is imposed only after a thorough investigation by a quasi-judicial body, such as Directorate General of Trade Remedies, in India.

Imposition of anti-dumping duty is permissible under the World Trade Organization (WTO) regime. India and Vietnam are members of the Geneva-based organisation, which deals with global trade norms.

The plaintiff is the Indian Manmade Yarn Manufacturers Association, with the investigation period beginning from April 1, 2019, to December 31, 2019.

Data compiled by the General Department of Vietnam Customs indicates that the country’s total export turnover of products subject to an investigation stood at USD 9.7 million in 2019, representing a year-on-year increase of 78 percent compared to 2018.