On April 16, 2021, the US Treasury Department removed Vietnam and Switzerland from their list of currency manipulators, reversing the decision taken by the Trump Administration last December.

Professor Eswar Prasad at Cornell University believes that the US Treasury report this time includes more intensive analysis and shows a less overtly political approach than previous reports during the Trump Administration. However, to avoid being labeled as a currency manipulator again in the future, Vietnam needs to do much more concerning trade and currency issues, rather than just tackling short term problems.

The fact that the US labeled Vietnam and Switzerland as currency manipulators is not a new issue, rather there was a warning back in 2019. In the third quarter of this year, the US Tracking Currency Manipulation Department included Vietnam among the top countries with enhanced engagement, via statement on the Council on Foreign Relations website. This was done according to the US Treasury Department Evaluation Criteria that evaluates whether or not an economy is a currency manipulator. 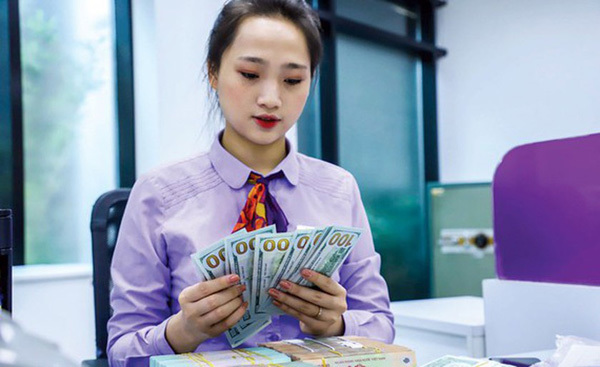 According to the US Treasury Department Evaluation Criteria and Foreign Exchange Report, a country is termed as currency manipulator under three main criteria. First, it has a trade surplus with the US that exceeds US$ 20 bil over a twelve-month period. Second, it has a current account surplus of at least 2% of GDP over this period. Three, the country net purchases of foreign currency equal at least 2% of GDP over a twelve-month period.

These three criteria tend to be subjective and in part put pressure on export-oriented countries like Vietnam. For instance, most countries and territories with large exports like China, Germany, Thailand, Taiwan and Vietnam are very likely to violate the first two criteria. They may avoid the third criterion if they intervene foreign exchange activities to a certain limit and on an irregular basis. Previously, Taiwan showed its wisdom by using several derivative instruments to purchase foreign currencies. Taiwan tried to balance foreign currency reserves in some months to indicate that it did not make net purchases in those months. The US Treasury Department, however, showed its concerns about derivative transactions in its latest currency report.

Export surplus and foreign investment has brought about positive GDP growth and abundant foreign currency supplies for Vietnam over the last few years. There has been neither shortage of the USD nor currency speculation. In return, Vietnam has had to make regular foreign currency purchases to prevent a spike of the Vietnam dong when there is a sudden seasonal rise in foreign currency supplies. Although any success has its price. This need for foreign exchange stability, which is easily mistaken for a deliberate devaluation of the Vietnam dong against the US dollar to gain unfair trade advantage, provides an opportunity for the US to label Vietnam as a currency manipulator.

The story of US-Vietnam trade relations and currency manipulator labeling is similar to a Vietnamese fable in which one greedy teacher scolds a student when the student walks ahead of him, or alongside, or behind him. The truth is that the student is keeping the cake that the teacher gives him at the party earlier, and does not want to give it back to the teacher.

This fable story is indicative of the way the US labeled China as a currency manipulator. At the peak of the US-China trade war in early August 2019, the Trump Administration designated China as a currency manipulator, after China let its yuan plunge below level against the US dollar. This accusation was withdrawn in January 2020 after the first phase of US-China Trade Agreement was reached, with China promising to buy more products from the US. This proves that the Trump Administration used the currency manipulator label as a diplomatic ploy in order to achieve a strategic advantage.

It is obvious in the US Treasury Department Evaluation Report this time that Vietnam, Switzerland and Taiwan have been considered to meet all the three criteria for being designated as countries that may be maintaining unfair foreign currency activities or deliberately maintaining an unfair balance of payments with the US. In other words, being labeled a currency manipulator does not necessarily mean a country has violated all three criteria. Therefore, the US removal of Vietnam, Taiwan and Switzerland from its list of currency manipulators in the report this time indicates that it expects to receive other strategic advantages.

As this kind of report is published every two years, Vietnam may heave a sigh of relief as of now, but it must continue to promote good cooperation with the US, especially in trade and diplomatic issues so as to ensure its place in the next report issued by the US Treasury Department. One of the key points in this relationship with the US is that Vietnam should adopt a strong diplomatic policy based on mutual interests.